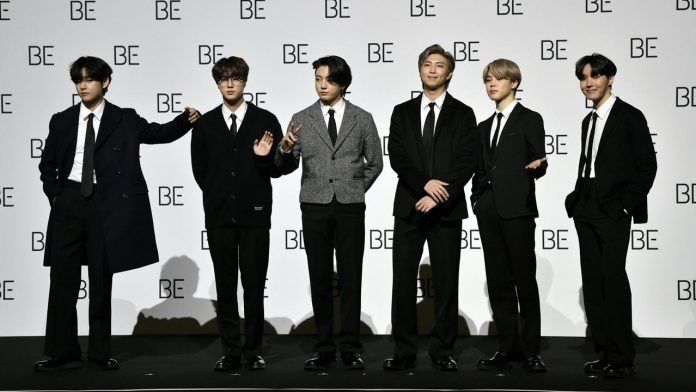 Tens of millions of fans around the world competed to listen to the latest offer from BTS on Friday, as the K-pop sensation released their long-awaited new album to a flood.

Three hours after “BE” was made available at a simultaneous global release, the video for the first track “Life Goes On” – a song that offers a jump message before the coronavirus pandemic – had been viewed almost 20 million times on Youtube.

“This is the best thing that has happened this year,” wrote one fan among more than 560,000 comments.

“Just when I started to feel like trash again and wanted to leave this world, BTS lost this album,” added another.

“Their music saved me so many times and it still continues to do so.”

BTS has risen to the global superstar since its debut in 2013 and had a number of sold-out shows in Los Angeles, Paris and London last year.

The groundbreaking septet cemented their appearance on the world’s largest music market when their all-English single “Dynamite” hit the Billboard Hot 100 in first place in August, making them the first South Korean act to top the US charts.

And last month, their label Big Hit Entertainment made a multi-billion dollar exchange.

“Our goal with the music on ‘BE’ is that it can be a comfort to many people,” member Jimin said at a news conference Friday.

“If a lot of people can relate to it, I’m really grateful.”

The eight tracks – which include “Dynamite” – are the group’s fifth Korean-language studio album and “contain the most” BTS-esque “music to date,” Big Hit said in a statement ahead of the release.

The new album must “persuade the skeptics who have recently heard of BTS that their work is powerful, original and profound,” CedarBough Saeji, a visiting professor at Indiana University Bloomington, told AFP.

“If this album can show that loyal fans largely exist because of phenomenal artistic offerings, the critics who only attribute BTS ‘success to loyal fans will be forced to reconsider.”

They consistently engage with fans at home and abroad via social media and have gathered 30.7 million followers on Twitter.

Member Jin said that another “BE” track, the retro disco “Telepathy”, expressed “the sad reality of not being able to meet our fans around the world because of Covid”.

“The song is about how we are happiest when we are with our fans, and that even though we are physically separated now, we are actually always together.”

The megastars are scheduled to perform “Dynamite” and “Life Goes On” for the 2020 American Music Awards on Sunday in Los Angeles.

While Big Hits shares have fallen back since their first stock market debut, the company is still worth about $ 6 billion.

But it warned in its IPO prospectus that it was facing a “risk factor” in the form of compulsory military service for all seven BTS members.

South Korea requires all able-bodied men to wear uniforms to defend it against the North’s nuclear weapon, usually for 18 months.

Jin, the oldest member of the septet at 27, will not be able to delay his service after the end of 2021, while the other six will have to follow in the coming years.

South is currently debating exceptions for stars such as BTS, which has been at the forefront of the Korean Wave cultural phenomenon in recent years, but the band reiterated on Friday that they all plan to serve.

“As a young South Korean man, I think I have to serve in the military without asking,” Jin said.

“As I have said every time, I will accept the country’s calls at any time when it happens,” he added. “We all plan to serve.”