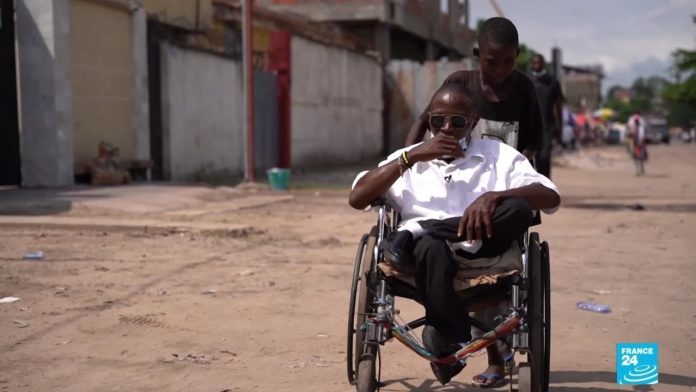 One in eight people in DR Congo lives with disabilities and most receive no support from the government and have to take care of themselves. But a new bill aims to change that. As the world marks the International Day of Persons with Disabilities on December 3, France 24 reports a new glimmer of hope in this Central African country.

Local organizations estimate that approximately 10 million people with disabilities live in DR Congo, or one in eight citizens. Preventable diseases such as polio, as well as traffic accidents and violent conflicts, are among the main causes.

An overwhelming majority receive no support from the government and are left to take care of themselves and often struggle to end the meetings.

But a bill passing through Parliament now aims to change that.

“We want people with disabilities to be integrated into society, because we feel abandoned. And that is why 85 percent of disabled men and women have no choice but to beg on the streets, says Olivier Bakweto, who got polio when he was two and lost the use of both legs.

Two years ago, DR Congo appointed its first ever Minister for the Disabled. Irene Esambo, who herself lives with a disability, presented a bill this year to improve millions of lives in the country and recommends that quotas be introduced in the public and private sectors.

“One of the biggest challenges is the participation of people with disabilities in public decision-making,” said Esambo.

Her bill was passed by the National Assembly last month and is now being considered by the Senate.

Click on the player above to see the full report by Clement Bonnerot and Juliette Dubois.