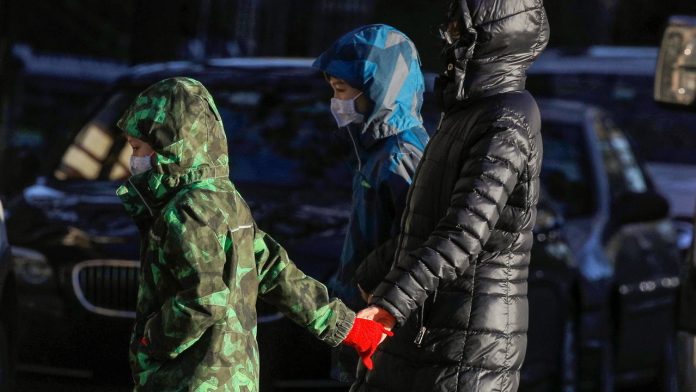 New York’s public schools will be temporarily closed to combat an increase in coronavirus cases, the mayor announced on Wednesday, giving a blow to the city’s recovery.

Bill de Blasio said schools would be closed from Thursday “out of abundance of caution” after the city registered a seven-day average positivity rate of three percent.

“We must repel the second wave of Covid-19,” he wrote on Twitter.

The three percent threshold had been agreed between the city government and the teachers’ unions when New York’s schools began to resume in September.

New York City is the largest school district in the United States with 1.1 million students.

It has been the only major city in the United States to commit to offering personal classes this fall as part of a hybrid system that included online learning.

Many cities, such as Chicago, Houston, Los Angeles, Philadelphia and Miami, chose the virtual model instead.

New York closures are controversial with tests showing that schools are not the source of high falls. The positivity in the schools is only 0.19 percent, Richard Carranza, the head of New York’s public schools, told the principals in an email.

In De Blasio’s announcement, hundreds of thousands of children will return to distance education and leave their parents to climb to do last – minute childcare.

The mayor warned of an imminent closure since the end of last week, with parents lasting a daily nervous wait for the latest degree of positivity.

They appeared to have been granted another delay on Wednesday when New York State Governor Andrew Cuomo told reporters that the city’s rolling seven-day average was only 2.50 percent.

Cuomo said New York City could be declared an “orange zone” when it touched three percent, which also triggered the shutdown of indoor food and gyms.

When Cuomo informed reporters, de Blasio tweeted that the three percent threshold had actually been reached. He did not immediately provide information on non-essential activities such as the gym.

The couple, both Democrats, have a difficult relationship and are widely known for disliking each other.

New York’s 1800 public schools did not close until March 15, when the city became the early epicenter of America’s virus outbreak.

They were originally closed until April 20 before being closed until the end of the school year when the pandemic engulfed the largest city in the United States. They started reopening in September.

More than 24,000 people have died from Covid-19 in New York City, the majority in the spring and early summer, according to city government statistics.

New York’s positivity rate is currently much lower than many other areas in the United States, which are currently seeing an increase in falls.