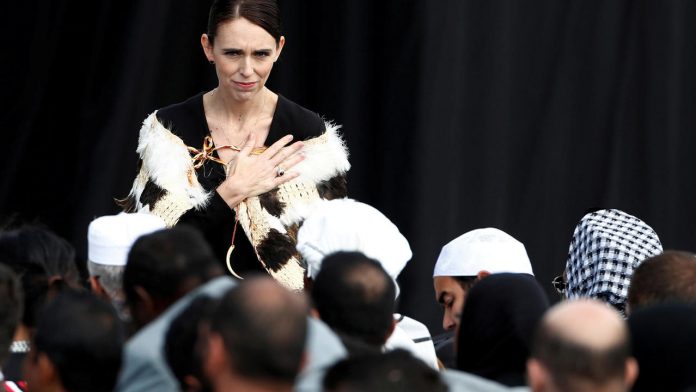 New Zealand security agencies were “almost exclusively” focused on the perceived threat of Islamist terrorism before a white supremacist gunman killed 51 Muslim worshipers in Christchurch last year, a report on the country’s worst massacre was found.

The Royal Commission of Inquiry also criticized the police for not conducting proper checks when they granted firearms licenses to Australian gunman Brenton Tarrant, who released a racist manifesto just before the attack and streamed the shootings live on Facebook.

But despite the shortcomings, they found no shortcomings within authorities that would have prevented the attack on two mosques in the southern island on March 15, 2019.

“The Commission did not conclude that these issues would have stopped the attack. But these were both failures and I apologize for that,” said Prime Minister Jacinda Ardern after the report was released.

Tarrant was sentenced to life in prison without trial in August for the attack, which left dozens injured.

Ardern was praised globally for its compassionate response to the attack and for quickly banning the sale of the high-capacity semi-automatic weapons used by Tarrant. She also launched a global movement against online extremism.

However, the authorities were criticized for ignoring repeated warnings from the Muslim community that hate crimes against them had escalated.

The 800-page report said there was an “inappropriate concentration of resources” on the threat posed by Islamist extremist terrorism.

Submissions to the Commission from various Muslim organizations described how they felt they were targeting security agencies while threats against them were not taken seriously.

“We believe that the commissioners found systemic failures and an inappropriate concentration of resources against Islamic terrorism, and yet say that these would not have made a difference if the terrorist was discovered before the incident,” the Islamic Women’s Council said in a statement.

Gamal Fouda, the Imam from the Al Noor Mosque targeted by the shooter, said the report showed that there is “institutional prejudice and unconscious bias” in authorities.

The government accepted all 44 recommendations in the report, including setting up a new national intelligence and security bureau and appointing a minister to coordinate the government’s response.

It said it would create an ethnic ministry of society and a degree program for ethnic communities to support the country’s diverse population.

The government would also tighten firearms licensing laws, strengthen terrorism laws and make changes so that the police can better register and respond to hate crimes.

The report found that although he had no history in New Zealand, Tarrant’s application for a firearms license was approved by the police.

Mandatory reporting of firearms by health care professionals was recommended, after it was revealed that Tarrant was treated by doctors in the months leading up to the attack after accidentally firing.

The report described Tarrant as “socially isolated” with few childhood friends but an avid internet user and online gamer.

Before arriving in New Zealand in August 2017, he traveled extensively and visited dozens of countries between 2014 and 2017, mostly alone.

“The individual was able to present well and behaved in a way that did not arouse suspicion. He was not identified as someone who posed a threat,” the report said.

Other than an email Tarrant sent eight minutes before he opened fire, there was no other information available that could have alerted authorities to the attack.

Tarrant trained for the attack in New Zealand by developing expertise with weapons in a rifle club, training at a gym and taking steroids to collect, the report says.

He visited extremely right-wing discussion forums like the ones on 4chan and 8chan but YouTube was a much more important source of information and inspiration.

Ardern said she planned to address this directly with YouTube’s management.