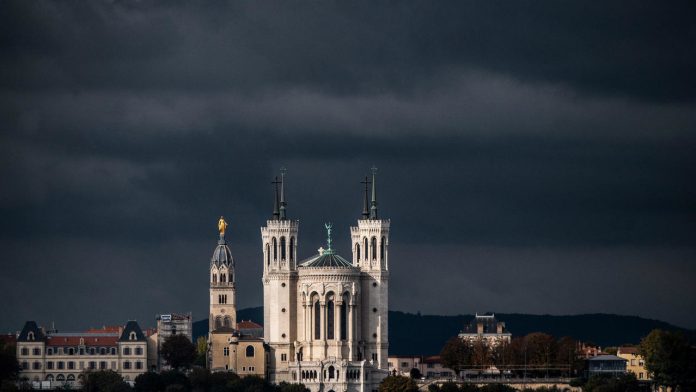 An assailant armed with a cut-off shotgun on Saturday wounded an Orthodox priest in a shooting in the French city of Lyon before fleeing, a police source said.

The priest, who has Greek nationality, closed his church around noon. 16 local time (15 GMT) when he was shot twice and treated at the scene for life-threatening injuries, said the source, who asked not to be named.

Police locked the neighborhood around the church down and warned the public on Twitter to stay away. As night fell on Lyon, police tape and emergency vehicles could be seen in images shown on French television.

The cause of the attack was unclear.

The incident came three days after a man shouted “Allahu Akbar!” (God is greatest) killed three other people in a church in Nice and two weeks after a schoolteacher in a Paris suburb was beheaded by an 18-year-old Chechen, apparently upset by the teacher, who showed a cartoon of the Prophet Mohammad in class .

French ministers had warned that other Islamist militant attacks could take place. Following the deadly attack in Nice, President Emmanuel Macron announced increased surveillance of places of worship by the French military force on the streets, to be reinforced to 7,000 troops from 3,000. Security at schools will also be strengthened, he said.

Foreign Minister Jean-Yves Le Drian warned that French citizens face a security risk “no matter where they are” and said alarms had been sent to all French nationals abroad.

France went into another shutdown of the coronavirus on Friday, but the government has exempted places of worship until Monday and allowed them to celebrate Christian All Saints’ Day on Sunday.

The country has been on high alert since the January 2015 massacre in the satirical weekly Charlie Hebdo marked the beginning of a wave of jihadist attacks that have killed more than 250 people.

Tensions have risen since last month when the trial opened for 14 suspected accomplices in this attack.