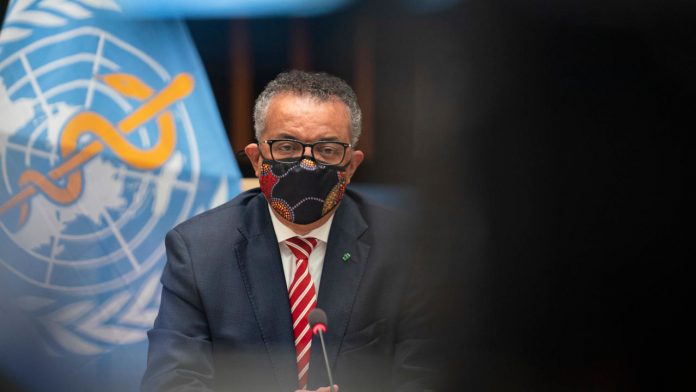 A panel of independent experts has concluded that China and the World Health Organization could have acted more quickly to avert disaster during the early stages of the coronavirus outbreak.

The Independent Panel on Emergency Preparedness and Response to Pandemics said its evaluation of the onset of the crisis in China “suggests that there was potential for early signs of a faster response”.

Containment measures should have been implemented immediately in all countries where the transfer was likely, the panel said in its second report, which would be presented to the WHO’s Executive Board on Tuesday.

Covid-19 was first discovered in the central city of Wuhan in late 2019 before leaking beyond China’s borders to wreak havoc and cost more than two million lives and endangered economies.

The panel said it was clear that “public health measures could have been applied more forcefully by local and national health authorities in China in January”.

The report also criticized the WHO for dragging its feet at the beginning of the crisis and pointed out that the UN Health Care Association did not convene its emergency committee until 22 January 2020.

And the committee failed to agree to declare the outbreak a public health requirement for international concern (PHEIC) – its highest alert level – until a week later.

“It is not clear why the committee did not meet until the third week of January, nor is it clear why it could not agree on the (PHEIC) declaration … when it was first convened,” the report said.

The WHO has already made claims that it was too slow to explain an international crisis, to acknowledge that the virus is spreading through the air and to recommend face masks.

The outgoing US President Donald Trump accused the organization of pampering its handling of the pandemic and of being a “puppet of China”.

The panel, chaired by former New Zealand Prime Minister Helen Clark and former Liberian President Ellen Johnson Sirleaf, began work in July after WHO member states demanded an “impartial, independent and comprehensive evaluation” of its response to the pandemic.

Just over a year after the first cases of Covid-19 were discovered in China, experts agree that the official number of over two million deaths and close to 100 million infections is an underestimation.

And according to the panel report, the accounting numbers have been underestimated from the beginning.

“In retrospect, it is clear that the volume of infection during the early period of the epidemic in all countries was higher than reported,” it says.

“A largely hidden epidemic contributed to the global spread.”

The WHO and national authorities were not quick enough to warn that the virus could spread between humans, including those without symptoms that could transmit it, the panel said.

It also questioned whether the WHO should have used the word pandemic earlier than it did.

The WHO did not use the word until 11 March last year and repeatedly insisted before that date that it did not need to use it as a PHEIC had already been declared.

The word “pandemic” does not appear in the official WHO warning system.

But the panel suggested that countries might have taken the situation more seriously if the word had been used, stressing that it serves “to focus attention on the seriousness of a health incident”.