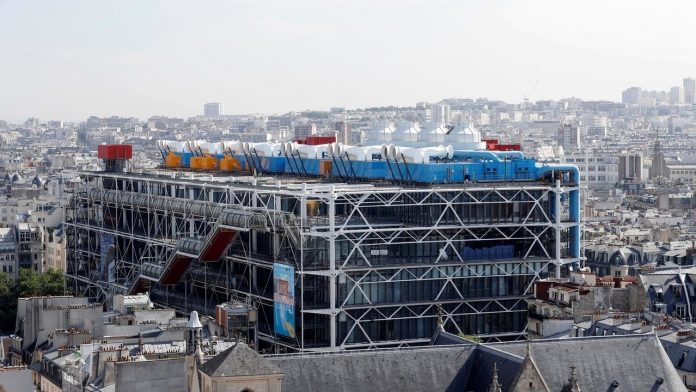 The Pompidou Center, one of Paris’ best cultural attractions and home to Europe’s largest modern art collection, will be closed from 2023 for four years of renovations, France’s culture minister said on Monday.

Designed by star architects Renzo Piano and Richard Rogers, the Pompidou Center opened in 1977 and shows visible signs of aging.

“There were two alternatives,” Culture Minister Roselyne Bachelot told Figaro newspaper. “One involved renovating the center while it was open, the other closing it completely.

“I chose the other because it would be shorter and a little cheaper,” she added.

Like all cultural attractions in Paris, the Pompidou Center closed from March to June last year during the first wave of the global coronavirus pandemic and has been closed again since the end of October.

The building’s radical design drives almost all of its structural and mechanical elements outwards and frees up large exhibition spaces on the inside.

The bold project in the historic heart of the French capital met with great resistance at that time in the 1970s, including moods, but it has become a much-loved landmark.

A total of 3.2 million people visited the museum in 2019 before the coronavirus health crisis began.