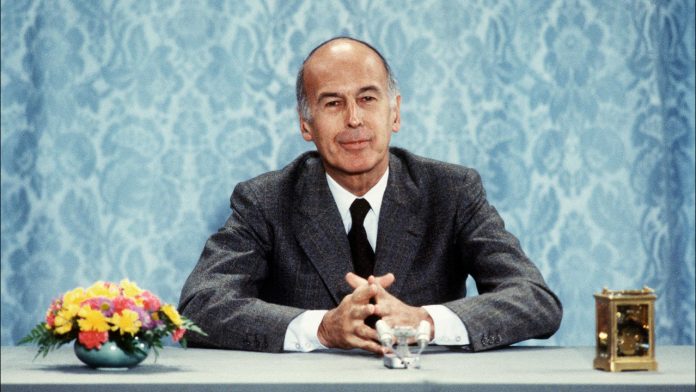 The French National Assembly and Senate observed a minute of silence and tributes poured in from across the political spectrum, following the death of former President Valéry Giscard d’Estaing on Wednesday from complications linked to Covid-19.

In a lengthy statement released by the Elysée Palace, French President Emmanuel Macron praised Giscard d’Estaing’s “life dedicated to the service of the French people” and praised his seven-year presidency as one that “transformed France”.

Giscard d’Estaing was ‘passionate about the European project’

François Hollande: ‘A statesman who chose to open up to the world’

“Valery Giscard d’Estaing will remain the president who modernized France,” former President François Hollande said in a Twitter statement, adding: “Today, our country has lost a statesman who chose to open up to the world.”

Today, our payer is losing a man of state who has made the choice to open up to the world and who thinks that Europe was the condition for France to be bigger. I present to his wife and children my most sincere condolences and my recognition. pic.twitter.com/2KleA0ODca

“It is with great sadness that I learn of the death of Valery Giscard d’Estaing, who worked all his life to strengthen the ties between European nations, sought and succeeded in modernizing political life and devoted his great intelligence to the analysis of the most complex international problems.” says former President Nicolas Sarkozy. “He is a man who brought France glory.”

The congregation and the senate, which was in session when the news broke, observed a minute’s silence.

“The European ideal loses one of its founders; France is losing a president who brought modernity and boldness to it, says Richard Ferrand, president of the National Assembly.

Christophe Castaner, who leads the ruling LREM party in the congregation, said of the late president: “With Europe at heart, he wrote a strong page in the history of our republic. His modern and resolutely progressive action, in the service of the French people, will long mark his legacy. ”

Christian Jacob, leader of the right-wing Republicans, remembered Giscard d’Estaing as a man “who will no doubt have left his mark on the Fifth Republic. He worked with conviction and determination to modernize our society ”.

Marine Le Pen, president of the far-right National Rally, presented his “condolences to the relatives of Valéry Giscard d’Estaing” and called him “president of a France in crisis … the architect of new general freedoms and an ardent supporter of technological progress” .

Julien Bayou, National Secretary of the Green Party (EELV), also expressed his condolences to the Giscard d’Estaing family, emphasizing reforms adopted during his presidency including legalization of abortion, divorce with mutual consent and reduction of the voting age from 21 to 18.

François Bayrou, who entered politics at Giscard d’Estaing’s side and succeeded him at the head of the UDF’s centrist party, said: “Throughout generations, especially for those who were committed to him in his youth, he carried a great wind of modernity to French society and gave rise to a huge hope of coming over and coming together. ”