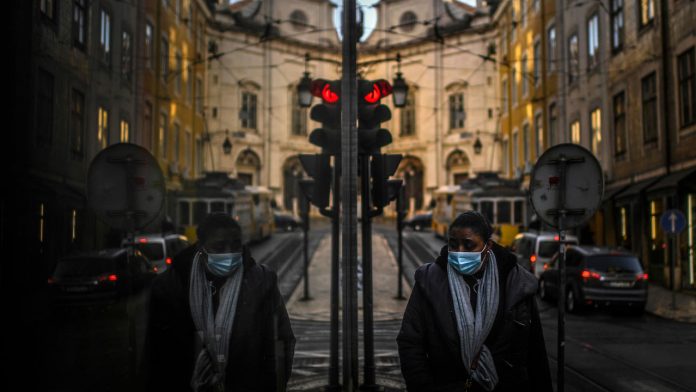 Stricter lock-in rules are being introduced in Portugal, the government announced on Monday, as a growing COVID-19 pandemic sets dismal records and drives hospitals to their limits.

Prime Minister António Costa said too many people had taken advantage of exceptions included in the lock that began last Friday, where authorities reported 70% of normal activity over the weekend.

“We are going through the most serious phase of the pandemic so far,” Costa said, urging people to follow the rules. “This is no time to find loopholes in the law.”

He announced that the sale in stores in January is prohibited, as well as gatherings of any number of people in public areas. More police will be placed outside schools, which remain open, to prevent students from forming groups.

Traveling between districts is prohibited on weekends, while shops and supermarkets have shorter opening hours.

The pandemic has gained momentum since Christmas, when restrictions on gatherings and movement were eased for four days. Costa said that experts predict cases will continue to increase until January 24.

Portugal’s 14-day reporting rate per 100,000 people has almost doubled in less than two weeks, reaching 901 – the fifth highest of the 31 countries monitored by the European Center for Disease Control, an EU body.

On Monday, health authorities reported 167 new deaths and 276 hospital stays the previous day – both daily records. The number of deaths in Portugal during the pandemic exceeded 9,000, almost a quarter of them since 1 January.

It has put the public health system under heavy strain, with some hospitals running out of beds and having to send patients to other hospitals.

More than 5,000 COVID-19 patients are in hospital wards, almost twice as many at the end of last year and a new maximum. In addition, 664 patients are in intensive care, up from 483 in just over two weeks.

Portugal holds presidential elections next Sunday. Candidates campaign under the restrictions of gatherings.