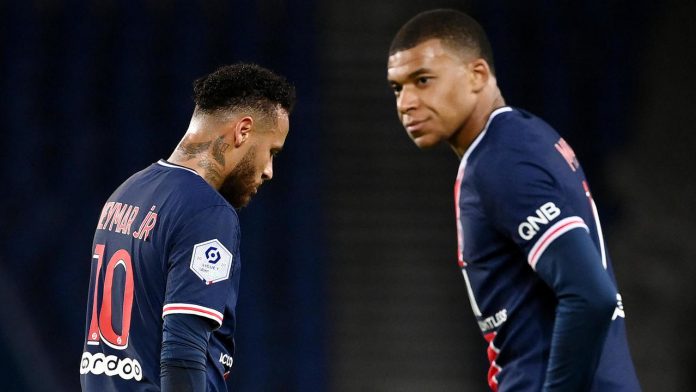 Paris St Germain will focus on fighting Manchester United’s counter-attack in their Champions League opener on Tuesday 18 months after a heartbreaking elimination from the English side in Europe’s leading club competition.

PSG lost a two-goal first-team lead in a 3-1 home defeat to United in the Champions League last 16 stage in 2019, but reached the final this year before losing 1-0 to Bayern Munich in August.

Coach Thomas Tuchel warned that past performances would mean nothing on Tuesday at the Parc des Princes.

“Last season is over and we are a different team now. My challenge is to create a good atmosphere in a close-knit team,” Tuchel said at a press conference before the Group H clash.

While United have already conceded 12 goals in four Premier League games this season, appearing to make them vulnerable to the attacking power of PSG’s Kylian Mbappé, Neymar and Angel Di Maria, Tuchel has set his side’s priorities.

“They have made many changes – to the team 2018-19 – they brought new players with more confidence and more experience,” said the German coach.

“Paul Pogba is a key player, one of the best midfielders in the world. That is the key to stopping him and also to stop Bruno Fernandes. He plays with three very fast strikers.

“They are one of the best teams in Europe in terms of attacks and transitions. That is the key to stopping them before they start their counter-attacks.”

PSG will not have it easy as they are without injured midfielders Marco Verratti and Argentine Leandro Paredes, where the Italian is out of action for three weeks with a thigh problem.

Manchester United will not benefit from his full talent either. Harry Maguire did not travel to Paris with the team for the Champions League match when manager Ole Gunnar Solskjaer confirmed that Bruno Fernandes will be the captain of the visitors.

“We’re a little impoverished, but we have more than enough players,” said Solskjaer, who is without Maguire, Mason Greenwood, Eric Bailly, Jesse Lingard and newcomer Edinson Cavani to the game.

Cavani, PSG’s leading scorer all the time, had hoped to make his Manchester United debut against his former club on Tuesday. The 33-year-old Uruguayan striker joined United on a free transfer after his PSG contract expired last season. He spent seven seasons with the French side and denied a club record of 200 goals in the process.

“We hope the players will not be away for too long. Edinson needs a few more days of training before we can think about the weekend, hopefully Harry and Mason can too, but we are not sure,” United added. manager of the players’ prospect of returning to Chelsea by Saturday.

Fernandes, who scored in the 4-1 weekend victory at Newcastle United, described getting the captain’s bracelet in Maguire’s absence as “an honor, an important achievement”.

United return to the Champions League this season after missing out on the last promotion.

Tuesday’s clash will also bring memories back to United, from the sides’ meeting in 2019, when Solskjaer’s team won thanks to a dramatically late penalty at the Parc des Princes to earn a place in the quarters. But the Norwegian said, “It’s history for us, it’s past, so great history, great game, but it has no bearing at all on this game.