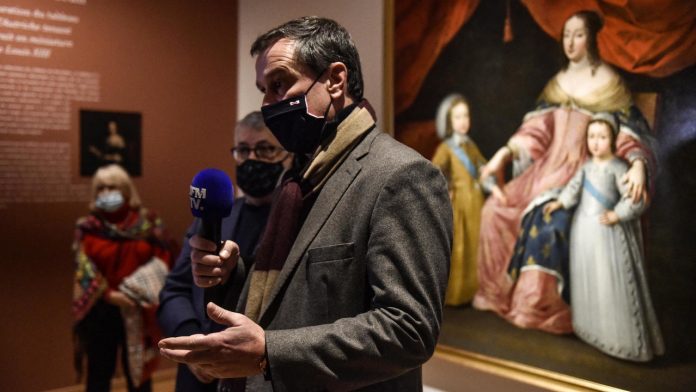 A right-wing mayor of France threw down the gauntlet to the central government on Tuesday by resuming the city’s museums in violation of coronavirus rules.

They argued that the French needed access to culture despite the threat posed by Covid-19, and Perpignan Mayor Louis Aliot, deputy leader of the far-right National Rally, officially opened four museums that had been closed since October 30.

“There is a virus and it will be with us for a long time … There are treatments, there are vaccinations, there are precautions we can take. Let’s get used to it and start by trying things,” he said. Aliot for journalists at the Hyacinthe-Rigaud Art Museum.

Cultural venues across the country are desperate to reopen – even in part – to give the French some enjoyment after months without exhibitions, theaters, cinemas and live entertainment.

The Hyacinthe-Rigaud Museum told AFP that about 50 visitors had arrived on Tuesday morning within 15 minutes of reopening.

“There are a lot of people,” a receptionist said by phone.

The Casa Pairal Museum of Catalan Art and the Natural History Museum also confirmed that they had reopened. The fourth – the Joseph Puig Coin Museum – will reopen on Wednesday.

President Emmanuel Macron’s government, which is trying to bring down stubbornly high levels of infection, decided that all cultural institutions, bars and restaurants would remain closed after the second lock ended in mid-December.

On Monday night, the state’s regional representative went to court to try to keep museums in Perpignan closed.

But with frustration growing at the continued shutdowns, the government has signaled that it can soon change thanks.

On Monday, Minister of Culture Roselyne Bachelot promised that museums and national monuments would be the first cultural sites to reopen, but only when the level of infection drops.

Last week, hundreds in the art community signed two petitions to the government, urging it to allow museums to open.

“For an hour, a day, a week or a month – let’s open our doors again, even if we have to close them again in the event of a new lock,” they pleaded.