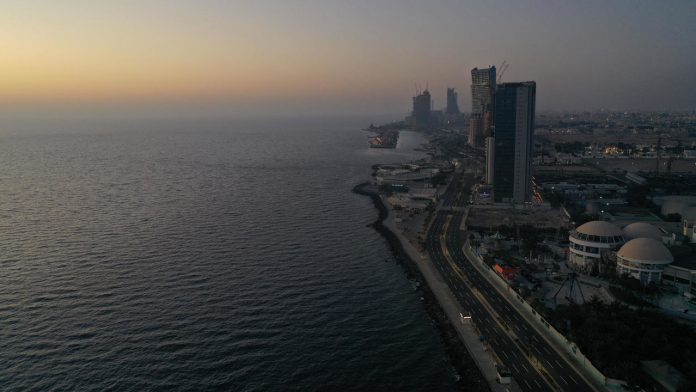 A Saudi citizen injured a guard in a knife attack on the French consulate in the port city of Jeddah on Thursday, the French embassy in Saudi Arabia said. The attacker was arrested immediately after the attack.

The French embassy in Saudi Arabia said the consulate in Jeddah was subject to a “knife attack aimed at a guard”, adding that the guard was being taken to hospital and his life was not in danger.

The statement, posted on Twitter, said the French embassy was “strongly condemning” the attack on a diplomatic outpost.

Police in Mecca province, where Jeddah is located, said the attacker was a Saudi Arabian, but it did not give the guard nationality, which they said had suffered minor injuries.

Neither the Saudi authorities nor the French embassy gave any indication of the motivation for the attack.

The attack came shortly after a knife-wielding man shouting “Allahu Akbar” beheaded a woman and killed two other people in the southern French city of Nice earlier Thursday. Nice mayor described the attack as terrorism.

The French Council for the Muslim Faith strongly condemned the knife attack in Nice on Thursday. “As a sign of grief and solidarity with the victims and their loved ones, I urge all Muslims in France to cancel all celebrations of Mawlid’s holiday,” said a council representative.

The holiday marks the birthday of the Prophet Muhammad, which is celebrated on Thursday.

France still needs the beheading earlier this month of Samuel Paty, a schoolteacher. Paty was killed by a teenager of Chechen origin who said he would punish the teacher for showing students cartoons of the Prophet Mohammed during a class on freedom of speech.

French officials have defended the right to show the cartoons and have sparked anger and called for a boycott of French products in parts of the Muslim world.

Saudi Arabia on Tuesday condemned cartoons that insulted the Prophet Mohammed, but refrained from echoing calls from other Muslim states for action against images displayed in the Prophet in France.