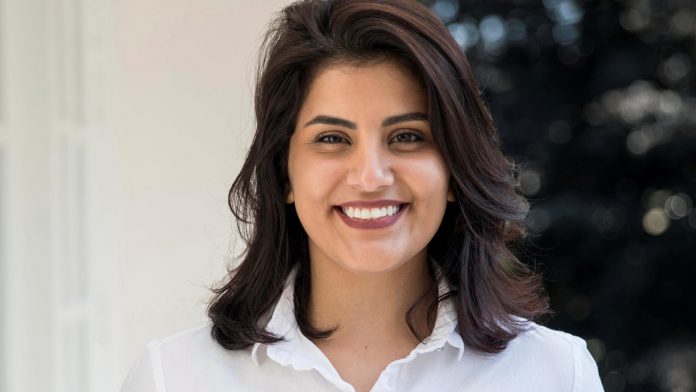 A Saudi terror court has sentenced rights activist Loujain al-Hathloul to five years and eight months in prison on Monday, with two years and ten months off. FRANCE 24’s correspondent in Riyadh, Saeed Al Jaber, said that in time Hathloul’s served could be released as soon as March.

A Saudi court on Monday sentenced prominent women’s rights activist Loujain al-Hathloul to five years and eight months in prison, local media reported in a trial that has drawn international condemnation and when Riyadh faces new US scrutiny.

Hathloul, 31, has been held since 2018 after her arrest along with at least a dozen other women’s rights activists.

The verdict, reported by the newspapers Sabq and al-Shark al-Awsat, poses an early challenge to Crown Prince Mohammed bin Salman’s relationship with US President-elect Joe Biden, who has described Riyadh as a “pariah” of his human rights.

Hathloul was accused of trying to change the Saudi political system and harm national security, local media said. The court suspended two years and ten months of her sentence, or the time served since Hathloul was arrested on May 15, 2018, the newspapers say.

UN human rights experts have accused her of being false, and along with leading rights groups and lawmakers in the United States and Europe have demanded her release.

The arrests of women’s activists took place shortly before and after the kingdom lifted a ban on women driving, as many activists had long advocated, as part of reforms introduced by Crown Prince Mohammed bin Salman, which were also accompanied by a strong countermeasure of contradiction and a countermeasure. cleaning up corruption.

Hathloul’s sentencing came almost three weeks after a court in Riyadh jailed US-Saudi doctor Walid al-Fitaihi for six years, despite US pressure to release him, in one case rights groups have called for political justification.