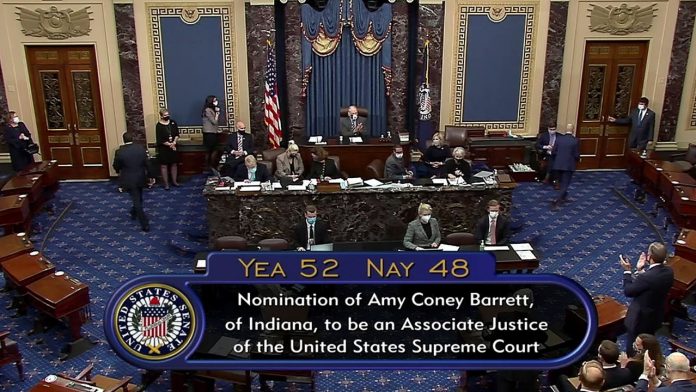 Barrett’s addition cements one of the most directional Supreme Court forms in generations. The shift of the Supreme Court and the broader federal judiciary to the right has been a signature achievement of the Trump presidency, aided by Senate Majority Leader Mitch McConnell.