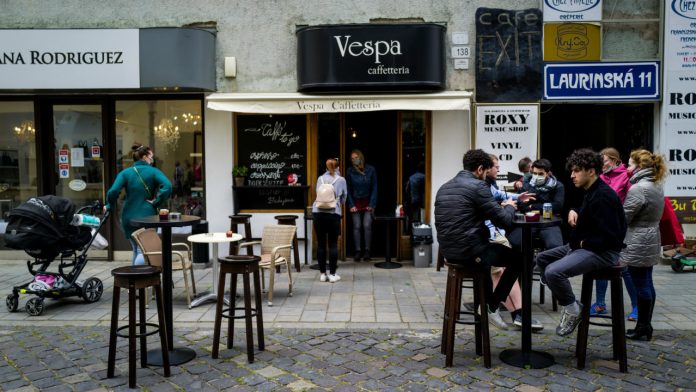 Slovakia on Saturday begins a program to screen the entire population for coronavirus with antigen testing in what would be global first, but critics have said the plan is poorly thought out.

Around 45,000 medical workers, army and police are deployed to perform the tests in the EU member state on 5.4 million people, collecting swabs at around 5,000 test points.

“The world will see,” Prime Minister Igor Matovic said earlier this week, adding that the measure would save “hundreds of lives”.

Antigen tests give fast results – sometimes within minutes – but are not seen as being as reliable as the PCR test, for which nostrils should be sent to a laboratory for analysis.

Participation in the testing is not mandatory, but anyone who is unable to present a negative test certificate if stopped by the police can face a heavy fine.

Anyone who tests positive should be quarantined immediately for 10 days.

“This will be our path to freedom,” Matovic said, suggesting that virus restrictions could be eased once the test is completed or intensified if the program is not fully implemented.

Slovakia would be the first country of its size to undergo nationwide testing, although mass testing has taken place throughout Chinese cities.

Like other countries, Slovakia has experienced a sharp increase in coronavirus cases, even though it is below the EU average.

The government hopes to conduct the nationwide test in two days and conduct a new round of mass testing next weekend.

But it has struggled to find medical workers to staff all the test sites and has been forced to offer cash bonuses to doctors.

During pilot tests in four high-risk regions last weekend, people in some cases had to stand in line for up to two hours.

The Slovak Association of General Practitioners has criticized the government’s plan, saying it is ill-prepared.

The association said that “the mass concentration of millions of people” in test sites “contradicts the recommendations of infectious disease experts to reduce public contacts and mobility as much as possible”.

Many ordinary people – like Radovan Babincak, an unemployed man living in the capital Bratislava – want to stay away.

“The government and the prime minister are threatening people,” the 40-year-old told AFP.

Anton Dubovsky, a 67-year-old gas station operator, said he and his son would not travel.

“I’m not at all convinced that this test is not a good idea at all,” he said.