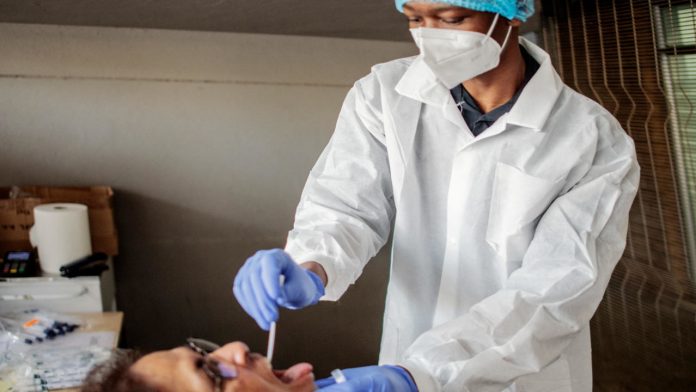 South Africa’s health minister has rejected his British counterpart’s claim that a new variant of coronavirus in the country is more contagious or more dangerous than a similar one in spreading Britain.

“Currently, there is no evidence that 501.V2 (variant) is more transmissible than the British variant – as suggested by the British Secretary of Health,” said Zwelini Mkhize in a statement released late Thursday.

“There is also no evidence that (it) causes more serious illness or increased mortality than the British variant or any variant that has been sequenced around the world.”

Announcing restrictions on travel from South Africa on Wednesday, Britain’s Matt Hancock had said the variant there was “very worrying, as it is even more transmissible, and it appears to have mutated longer” than the similar strain in the UK.

The British minister’s words “have created a perception that the variant in SA has been an important factor in the second wave in the UK”, Mkhize said.

“This is not correct.”

He pointed to evidence that the British tribe, which carries a mutation similar to that of the South African, appeared as early as September in the southeastern county of Kent – “about a month before the South African variant appears to have evolved”.

Referring to the “generally shared view of the scientific community”, Mkhize also argued that “the risks of travel bans can outweigh the benefits”.

“Banning travel between the UK and SA is an unfortunate decision,” he added.

South Africa is the country hardest hit by the coronavirus on the continent, with nearly one million infections to date and 26,000 people dead.

Approximately 14,000 positive cases were detected each of the last two days, compared with between 8,000 and 10,000 earlier this week.

Mkhize said on Wednesday that new restrictions may be needed to slow the spread of the virus.