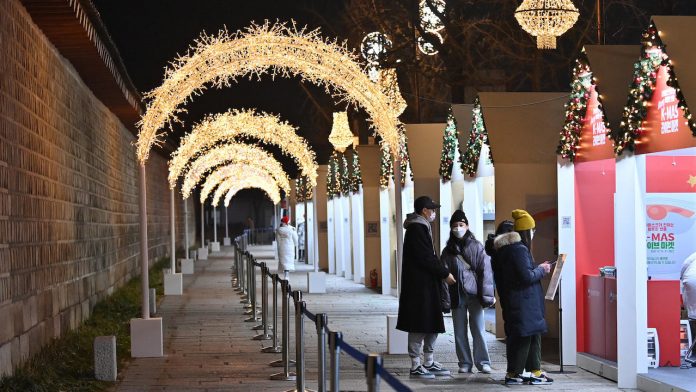 South Korea has signed an agreement with Pfizer Inc and Johnson & Johnson’s Janssen to import coronavirus vaccines to cover up to 16 million people, as it is battling the third wave of infections, Prime Minister Chung Sye-kyun told a TV briefing on Thursday.

The government has been under increasing public pressure over their COVID-19 vaccine plans as the country struggled to keep a third wave of the pandemic and reported its second-highest daily compilation of cases on Wednesday.

Pfizer’s two-dose vaccine, developed with German partner BioNTech, will be enough to cover 10 million people and delivery is expected in the third quarter of 2021.

“We are mobilizing the entire national capacity to bring in the transports during the second quarter,” says Chung. “Negotiations are ongoing.”

Chung said the doses from Janssen – J & J’s pharmaceutical department – were added from the original amount for 2 million people to 6 million and will be ready for induction from the second quarter.

The Pfizer and Janssen agreements are part of a government plan to buy enough doses that enable the immunization of 85% of South Korea’s population of 52 million.

Two other pharmaceutical manufacturers of the four from which the country had secured the doses are AstraZeneca Plc and Moderna Inc.

Doses for 10 million people would be procured through the global COVAX initiative, with the support of the World Health Organization.

The health authorities had said that they would not rush the vaccination to give more time to observe potential side effects.

The Korea Disease Control and Prevention Agency (KDCA) reported 985 new cases of coronavirus as of midnight on Wednesday, bringing the nation’s number to 53,533, with 756 deaths.

Authorities have closed all ski resorts and winter tourist sites and banned gatherings of more than four in an attempt to stop the spread during the Christmas and New Year holidays.