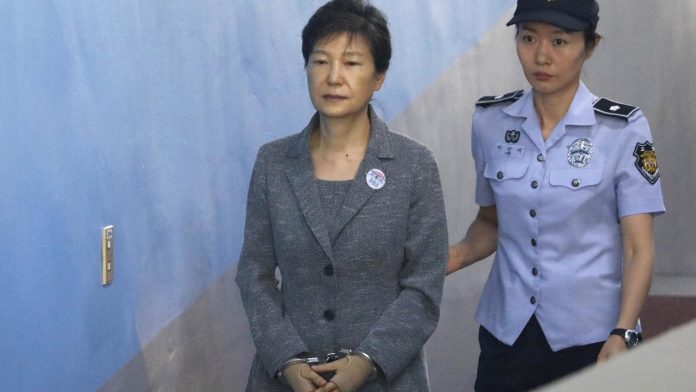 South Korea’s Supreme Court on Thursday upheld a 20-year prison sentence for former President Park Geun-hye for grave charges that led to her fall, ending the trial and raising the possibility of pardon for the first time.

Park became South Korea’s first democratically elected leader thrown out of office when the Constitutional Court in 2017 upheld a vote in parliament to accuse her of a scandal that also landed the leaders of two conglomerates in jail.

Daughter of a military dictator, Park took office in 2013 as South Korea’s first women president. She was dragged down after being found guilty of collaborating with a trust to get tens of billions won from large conglomerates to help her family and fund non-profit foundations she owned.

Her case has been heard in various courts, including a new trial in July last year, but the Supreme Court’s ruling on Thursday on maintaining a 20-year prison sentence and a fine of 18 billion won ($ 16.38 million) exhausted her legal avenues.

At the end of the legal process, the way is cleared for a presidential pardon, which her supporters called for.

“President Park Geun-hye is innocent,” the right-wing Our Republican Party said in a statement.

“Members of our Republican Party want President Park released as soon as possible.”

The head of the ruling Democratic Party, Lee Nak-yon, has moved the idea of ​​a pardon for Park and another ex-president, Lee Myung-bak, also in jail on corruption charges, in the name of national unity.

Park is a divisive figure in a country where the old Cold War fault lines between right and left can still define political rivalry.

A top aide to President Moon Jae-in, who is a liberal, said the president would make a decision on the issue of forgiveness for Park that reflects the will of the people.

Society seems divided in the middle.

A survey by voter Realmeter last week showed that 47.7% of respondents went with forgiveness and 48% against.

Samsung Electronics Co., Ltd.’s vice president Jay Y. Lee is facing a final court decision on Monday on whether to return to jail on charges he bribed a park assistant.