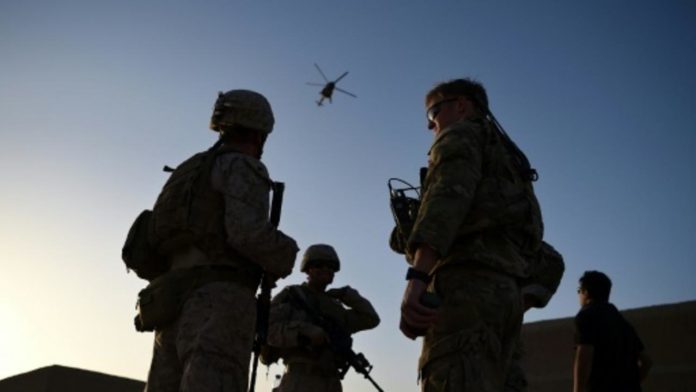 The Taliban on Wednesday welcomed the Pentagon’s announcement that it would soon withdraw some 2,000 US troops from Afghanistan as a “good step” that will help end the country’s long-running conflict.

The Pentagon announced on Tuesday that the United States will lower its troop levels in Afghanistan and Iraq to the lowest levels in nearly 20 years of war after President Donald Trump promised to end conflicts abroad.

“It is a good step and in the interests of both countries,” Taliban spokesman Zabihullah Mujahid told AFP, referring to the United States and Afghanistan.

“The sooner the foreign forces leave, the more the war will be prevented.”

Critics have expressed concern that an urgent departure could stimulate the Taliban and endure the gains made since 2001, when US-led forces repelled the hardline Islamists in the wake of the 9/11 attacks.

The latest Pentagon operation would lead to the departure of 2,000 US troops from Afghanistan by January 15, less than a week before President-elect Joe Biden is expected to be sworn in.

According to an agreement signed on February 29, the Trump administration agreed to withdraw all foreign forces from the country by May 2021.

In return, the Taliban promised not to attack US forces and said they would stop transnational jihadist groups such as Al Qaeda and the Islamic State from operating in the country.

Germany, which has hundreds of troops in northern Afghanistan, said on Wednesday that it was concerned that the rapid withdrawal of the United States could affect efforts to find peace in Afghanistan.

“We are particularly concerned about the implications of the US announcement for the continuation of peace talks in Afghanistan,” said German Foreign Minister Heiko Maas.

“We should not create further obstacles – something that a rapid withdrawal from Afghanistan would certainly lead to.”

The US-Taliban agreement, signed in Doha, paved the way for peace talks to begin between the Taliban and the Afghan government on 12 September.

In recent months, the negotiators have made almost no concrete progress and talks now seemed to stall.

Afghan officials downplayed the US troop cut, which would leave about 2,500 US service members in Afghanistan after January 15.

“The Afghan security and defense forces are already carrying out 96 percent of the operations independently and are prepared to continue defending the country against our enemies,” said Afghan Security Council spokesman Rahmatullah Andar.

Since the US-Taliban agreement, the Pentagon has closed several military bases over Afghanistan and rotated thousands of troops out of the country.