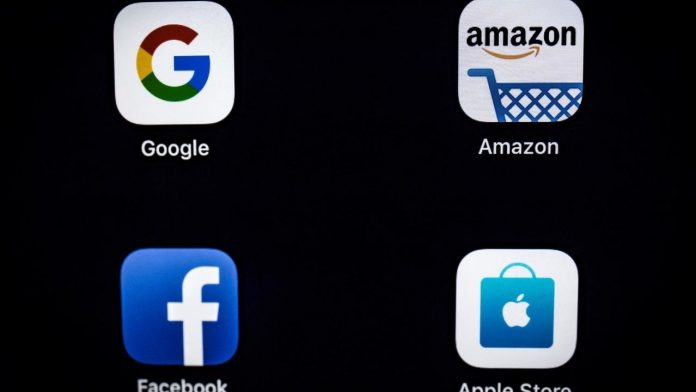 Draft EU rules to be presented on Tuesday would mean that technology giants are subject to huge fines or banned from the market for violations, say sources and pose a major challenge for Google and Facebook.

The European Commission is ready to present its long-running Digital Services Act and its associated Digital Markets Act to establish strict conditions for internet giants to do business in the 27 countries.

EU sources told AFP on Monday that landmark legislation would see technology conferences up to fines of up to 10 percent of their revenues for violating some of the most serious competition rules.

It can also see that some of the world’s largest companies are banned from the EU market “in the event of serious and repeated offenses that endanger the security of Europe’s citizens”, the sources said.

The proposals – which could revolutionize how big technology does business – aim to address hate speech and misinformation online and limit the strength of leading companies to dominate markets.

The largest companies would be designated as Internet “gatekeepers” by law, subject to specific rules to limit their power over the market.

Some ten companies – including Google, Facebook, Apple, Amazon and Microsoft – will be fighting with the designation.

The bill will undergo a lengthy and complex ratification process, in which EU Member States, the European Parliament and business lobbyists and trade associations will influence the final law.

The details of the proposals have so far been closely monitored by the European Commission, the EU’s executive arm, although some details have been leaked.

The main purpose of the new rules is to update legislation dating back to 2004, when many of today’s internet giants either did not exist or were in their infancy.

The Digital Services Act is presented as a way to give the Commission sharper teeth when it comes to running social media platforms when they allow illegal content online.

Under the Digital Markets Act, the EU is trying to give Brussels new powers to apply competition law more quickly and push for greater transparency in their algorithms and use of personal data.

Technical giants will need to inform the EU before any planned mergers or acquisitions under the rules, the group’s industry commissioner Thierry Breton said on Monday.

There is a growing concern among European and US regulators that large technology companies have used purchasing as a way to catch up with potential competitors.

Over the past decade, the EU has taken the lead around the world in trying to address the insurmountable power of big tech and fined billions antitrust against Google, but critics believe the method has done little to change its behavior.

The EU has also ordered Apple to pay billions of euros in back taxes to Ireland, but the decision was overturned by the EU Supreme Court.

France and the Netherlands have already called for Europe to have all the tools needed to force the gatekeeper, including the power to break them.