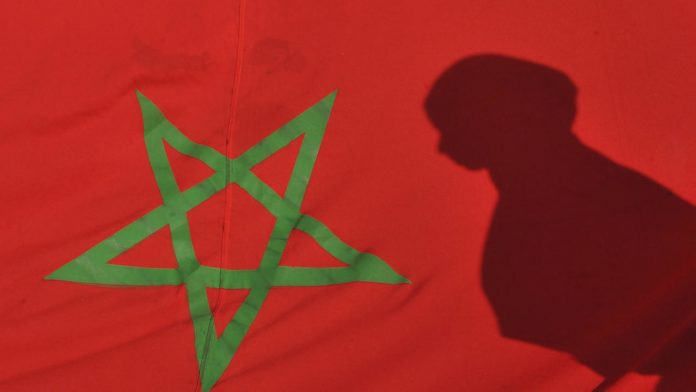 The Polisario Front for Independence declared a three-decade ceasefire in the disputed Western Sahara was over on Friday after Morocco launched an operation to open the road to neighboring Mauritania.

Rabat said its troops would “stop the blockade” of trucks traveling between Moroccan-controlled areas in the disputed territory and Mauritania’s neighborhood and “restore free movement of civilian and commercial traffic.”

The Polisario front had warned on Monday that it would consider a three-decade-old ceasefire with Morocco over whether Rabat moved troops or civilians into the buffer zone.

“Sahrawi troops are committed to legitimate self-defense and respond to the Moroccan troops,” said Ould Salek, who serves as foreign minister for the police-declared Sahrawi Arab Democratic Republic.

Algeria, a key issue for Polisario, and Mauritania called for restraint. “Algeria calls on both parties, the Kingdom of Morocco and the Polisario Front, to demonstrate a sense of responsibility and restraint,” the Algerian Foreign Ministry said in a statement on Friday.

Mauritania’s foreign minister also called on “all protagonists to work to preserve the ceasefire”.

Polisario Secretary-General Brahim Ghali has written to UN chief Antonio Guterres urging the Security Council to “intervene as soon as possible to end this aggression against our people and our territory”, said Ould Salek.

“This will also mean the end of the ceasefire and the beginning of a new war throughout the region,” Polisario said in a statement.

But the Moroccan Foreign Ministry said it had been forced to act through the actions of the Polisario warriors and the failure of its own appeals and the UN peacekeeping mission MINURSO.

“Polisario and its militia, which have been infiltrating the zone since October 21, have carried out bandits, blocked traffic and constantly harassed MINURSO military observers,” the ministry said in a statement.

A senior AFP official said about 70 armed men had been “attacking truck drivers, blocking their passage and engaging in extortion” for about three weeks.

Nearly 200 truck drivers with vehicles from different countries, including France, Morocco and Mauritania, are stranded on the Mauritanian side of the border and 78 on the other side, the official said.

They appealed to both Rabat and Nouakchott for help returning home after “Polisario warriors” blocked their passage.

They called on UN peacekeepers to “play their part in protecting the buffer zone and the border crossing, which provides a gateway for work for thousands of drivers, farmers and traders”.

Western Sahara, a vast desert on the Atlantic coast of Africa, is a disputed former Spanish colony.

Rabat controls 80 percent of the territory, including its phosphate deposits and its lucrative sea fishing.

Peacekeeping force MINURSO has been patrolling a buffer zone between the two sides since a UN-mediated ceasefire came into force in 1991.

The village of Guergerat in the far south of Western Sahara is the last village under Moroccan control.

In addition, there is a desert strip where Polisario warriors have maintained a periodic presence in recent years.

An informal trade has grown with the export of fresh Moroccan raw materials to the Mauritanian coastal city of Nouadhibou, but to Rabat’s growing anger, it has periodically fallen on Polisario.

Morocco, which claims Western Sahara is an integral part of the kingdom, has offered the territory autonomy but insists it will retain sovereignty.

Polisario calls for a referendum on self-determination under the 1991 ceasefire.

The planned referendum has been postponed several times due to disputes between Rabat and Polisario over voter rolls and the question to be asked.

Negotiations on the future of the territory with Morocco, Polisario, Algeria and Mauritania have been suspended for some time.