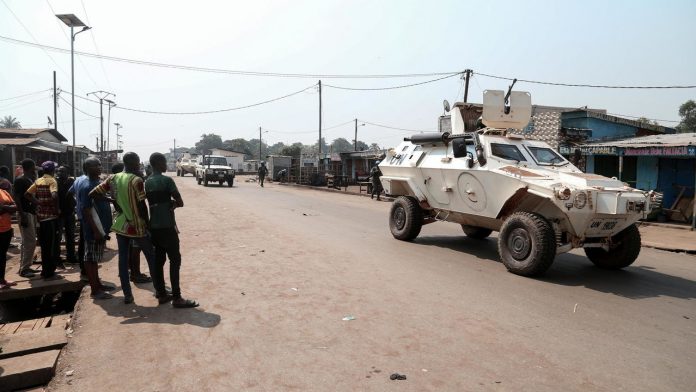 The Central African Republic announced on Thursday a 15-day state of emergency when armed groups tried to block the capital Bangui in an attempt to overthrow newly elected President Faustin Archange Touadera.

Rebels who controlled about two-thirds of the ever-fleeing nation launched an offensive a week before the December 27 presidential election, trying to block Bangui and carry out several attacks on key national highways.

“The state of emergency has been declared over national territory for 15 days, starting at midnight (2300 GMT),” Presidential spokesman Albert Yaloke Mokpeme said on national radio.

Touadera was declared re-elected by the Constitutional Court on Monday, although two out of three voters did not vote, mainly due to insecurity in a country that has been embroiled in a civil war for eight years.

Attacks on supply convoys by militia groups and their political allies, including former President Francois Bozize, risk supplies of food, medicine and resources for hospital services, said Vladimir Monteiro, a spokesman for the UN mission known as MINUSCA.

On January 13, the rebels launched two simultaneous attacks on Bangui but were repulsed by MINUSCA, which has been in the country since 2014.

“Since the counter-offensive on the 13th, no other attacks have been made, only incidents linked to the curfew,” said Lieutenant Colonel Abdoulaziz Fall, a MINUSCA spokesman.

The price of certain basic goods has increased by at least 50 percent in some places.

The Touadera government controls only about a third of the former French colony, with militia groups emerging from a 2013 conflict that controlled the rest of the territory.

CAR prosecutors have launched an investigation into former President Bozize, accused by the government of planning a coup with the help of armed groups ahead of the election.

Bozize, who denies the allegations, came to power in a coup in 2003 before being overthrown in 2013, after which the country slipped into sectarian conflict.