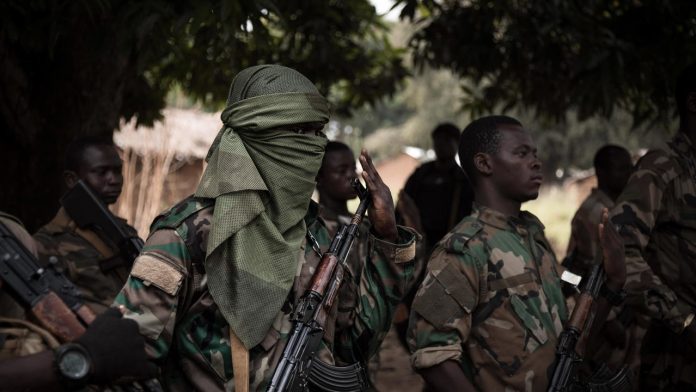 Together with “allied forces”, the CAR army launched an offensive in the village of Boyali, about 90 kilometers from the capital, with no deaths on the government side and “44 dead including several mercenaries from Chad, Sudan and Fulani” ethnic group, the government posted on Facebook.

When the government says “allies”, it usually refers to Rwandan troops and Russian paramilitaries who have been sent to the conflict-torn country to strengthen federal troops.

“Government forces are back on the offensive,” Prime Minister Ange-Maxime Kazagui told AFP.

He added that troops had captured the village of Boda, 124 kilometers from Bangui, with the support of Russian warriors.

The country’s six most powerful armed groups, which control two-thirds of the CAR’s territory in an eight-year conflict, merged in December and called themselves the Coalition of Patriots for Change (CPC).

On December 19, they announced an offensive against Bangui aimed at preventing Touadera’s re-election in the December 27 presidential election.

But the capital was protected by a well-equipped force of 12,000 UN peacekeepers from the MINUSCA mission, as well as CAR troops and Russian and Rwandan reinforcements.

Monday’s government statement on the successful attack, which AFP was unable to confirm with independent sources, is the first time authorities have issued such an accurate statement on deaths among forces other than UN peacekeepers.

The UN has warned that the rebels are trying to “strangle” the capital by blocking the three major roads leading there.