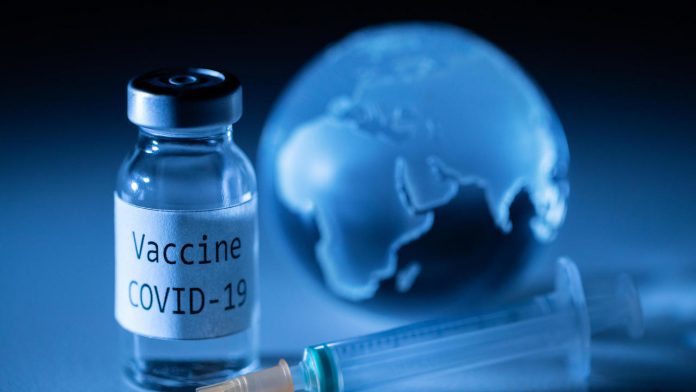 The EU can approve two coronavirus vaccines being tested by Pfizer-BioNTech and by Moderna before the end of next month, EU Commission President Ursula von der Leyen said on Thursday.

After a video conference with EU leaders, von der Leyen said that the European Medicines Agency can give “conditional approval for marketing … already in the second half of December if everything goes on now without any problems”.

In collaboration, the American giant Pfizer and Germany’s BioNTech have developed a vaccine that the companies say has had successful clinical trials and has sent data to EMA.

The American biotechnology company Moderna has said that its experimental vaccine is 95 percent effective.

The Amsterdam-based EMA must study test results before recommending that Brussels give its approval, but – after talks with EU leaders – von der Leyen was cautiously optimistic.

The European Union has agreements to reserve hundreds of millions of doses of future vaccines with BioNTech, Purevac, AstraZeneca and Sanofi if they can be placed on the market.

“And we are continuing negotiations with Moderna, and we are in talks with Novavax,” said von der Leyen, adding that all 27 EU leaders had expressed support for the EU’s purchasing program.

She emphasized that in the case of US companies, the EMA was in daily contact with its US counterpart, the FDA.

“And if all goes well, the EMA says that the conditional approval for the sale of BioNTech and Moderna can take place as early as the second half of December 2020.”

Earlier in the day, BioNTech founder Ugur Sahin told AFP that the company was hoping for quick approval.

“We are working at full speed,” he said, confirming that companies plan to apply for emergency use of their jab in the United States on Friday, while European regulators will receive a number of additional tasks “next week”.

“There is a chance that we can still get approval from the US or Europe or both regions this year,” said Sahin, who is also BioNTech’s CEO.

“We can even start delivering the vaccine in December,” he added, “if everyone works very closely.”

But earlier this week, the CEO of Moderna, Stephane Bancel, warned that long-term negotiations with Brussels on an agreement to reserve its vaccine could delay deliveries.

“It is clear that this with a delay will not limit the total amount but it will slow down delivery,” he told AFP in an interview.

Pfizer / BioNTech and Moderna have taken the lead in the global search for a vaccine, after extensive trial data this month showed that their jabs were about 95 percent effective against Covid-19.

The twin breakthroughs have raised hopes of ending a pandemic that has infected more than 56 million people and caused more than 1.3 million deaths worldwide since the virus broke out in China at the end of last year.