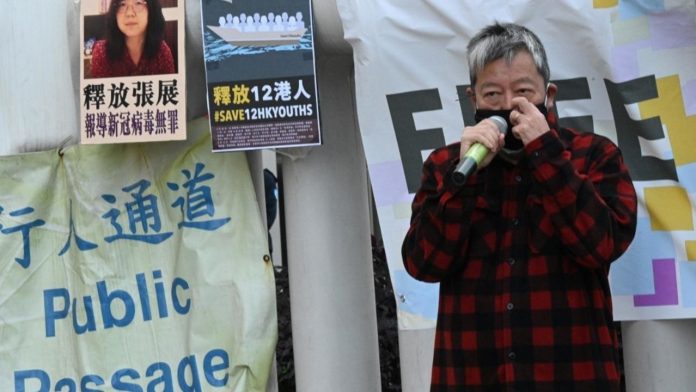 The European Union on Tuesday demanded that China release civilian journalist Zhang Zhan and 12 Hong Kong activists detained at sea as it looks to seal an investment deal with Beijing.

The flow of EU statements came as the bloc shifted forward to agree on a pact with China after seven years of careful negotiations, despite concerns over China’s work and civil rights.

Zhang was jailed on Monday for four years on charges of “picking up quarrels and provoking problems” while covering the early stages of the Covid-19 outbreak in the Wuhan epicenter, her lawyer said.

“According to credible sources, Zhang has been subjected to torture and ill-treatment during her detention and her health has deteriorated severely. It is crucial that she receives adequate medical assistance,” EU foreign policy spokesman Peter Stano said in a statement.

On Monday, Brussels also demanded the release of Yu Wensheng, a human rights lawyer who was arrested on December 13.

Ten Hong Kong Democrat activists were also indicted in the Chinese city of Shenzhen on Monday after being part of a group of 12 arrested by authorities while trying to escape to Taiwan by motorboat in August.

“The rights of the accused to a fair trial and due process – in accordance with international human rights and under Chinese criminal law – have not been respected,” Stano said in the second statement.

“The European Union demands the immediate release of these 12 individuals and their speedy return to Hong Kong.”

The EU’s 27 member states on Monday gave the green light for the European Commission to move forward with the investment pact with Beijing.

Some MEPs have expressed concern that the deal is sending the wrong signal about human rights, especially over China’s treatment of the Uighur minority and Hong Kong.