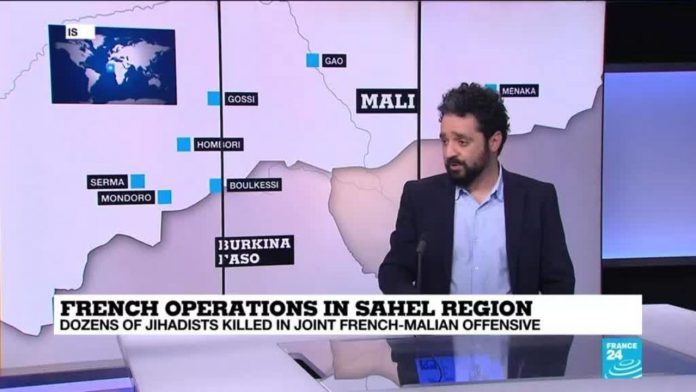 The killing of many jihadists in a joint French-Malian offensive this month signals an operational success for international forces fighting Islamist extremists in the Sahel, said Wassim Nasr, FRANCE 24’s expert on jihadist networks, but warns that civilian accidents have spiraling strides in escalating . .

Mali’s army and French forces in the West African nation have killed at least 100 jihadist fighters in a joint operation conducted from January 2 to 20, which also led to the seizure of weapons and other materials.

The operation, which follows the killing of five French soldiers in Mali, comes at a critical time for the French-led international force fighting Islamist extremists in the arid sub-Saharan region.

“As the French army chief of staff put it, they needed some gains before the next one [Sahel] the summit, “said NASR, referring to an upcoming summit in Chad, where French President Emmanuel Macron will join regional heads of state.

Militants linked to al-Qaeda and the IS group have strengthened their foothold across the region, making large parts of the territory unregulated and exacerbating ethnic violence, especially in Mali and Burkina Faso.

To counter the escalating insurgency, France increased its troops to more than 5,000 soldiers last year. It is now considering a possible withdrawal of some of these troops following successes against Islamist militants and the arrival of more European forces.