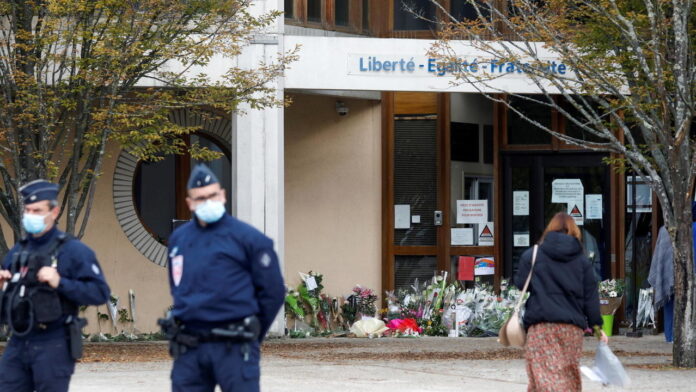 France’s anti-terrorism charges are set to update the press on the details of the investigation into Friday’s gruesome beheading of a teacher in a Paris suburb. Watch the press conference live at 15.00 Paris time (GMT + 2).

French police questioned nine people in custody Saturday after a suspected Islamist sympathizer beheaded a schoolteacher in daylight on the streets of a Paris suburb, police said.

>> For a teacher in France, a lesson on free speech was followed by death

Investigators sought to determine if the attacker had acted alone or had accomplices. French media reported that he was an 18-year-old of Chechen origin.

Earlier this month, Paty had shown his students cartoons of the Prophet Mohammed in a community course on free speech and allegedly angered a number of Muslim parents.

Click on the player above to watch the press conference live.