Home World The Frenchman was sentenced to 25 years for killing his wife and...
Facebook
Twitter
WhatsApp
Linkedin
LINE 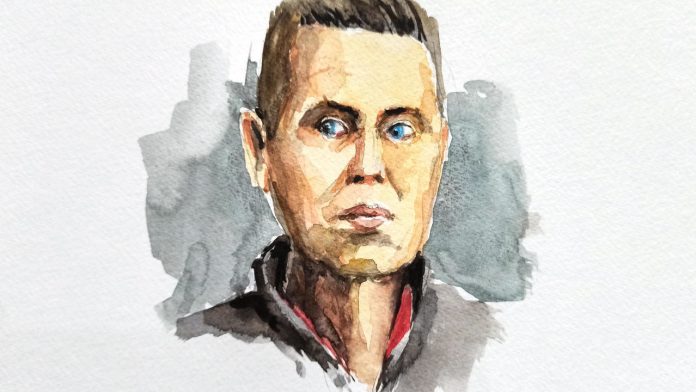 A French court on Saturday sentenced Jonathann Daval to 25 years in prison for killing his wife and then burning her body, in a case that shocked the country.

The 36-year-old Frenchman was passive when the verdict was read out. He turned to look at members of his own family who were present.

Earlier he had said “Sorry, sorry” on the bridge and looked at his wife’s parents.

Daval finally admitted to killing his wife and burning her body in the woods after reporting that she was missing.

The charred remains of Alexia Daval were found hidden under branches near their town of Gray-la-Ville in eastern France in October 2017.

Daval initially said that Alexia, a 29-year-old bank employee, had been jogging and never came back.

Jean-Pierre Fouillot, Alexia’s father, passed an arm around the shoulders of his wife Isabelle when the court’s decision was announced.

A few minutes later, mother Isabelle Fouillot went out to talk to journalists, as she had done throughout the trial.

“It’s a very good decision, just as I was hoping, at the height of our suffering. It allows us to scroll through a page,” she said.

Defense lawyer Ornella Spatafora quickly indicated that the verdict would not be appealed.

Outside the courthouse, dozens of people were pushed against the barriers that blocked access to it.

Prosecutors had asked for a life sentence that called the 2017 murder “an almost perfect marital crime.”

After his wife’s death, Duval had cut an upset figure, who showed up in tears at a press conference with his parents-in-law and led one of several events organized across the country in her memory.

Three months later, prosecutors said the IT worker confessed to the murder – admitting he had beaten his wife in a heated argument, knocked her face against a concrete wall and strangled her.

He initially denied having set fire to her body, but finally admitted it in June last year.

Daval changed his story several times, at one point he withdrew his confession, blamed his brother-in-law and finally admitted everything again.

On Monday, when the judge was asked if he admitted that he “was the only person involved in the death” of his wife, Daval answered “yes” and almost seemed in tears.

The crime shocked France deeply and almost 10,000 people showed up in the couple’s quiet town for a silent march in her memory.

The assassination highlighted the wave of women at the height of the global #MeToo campaign against sexual abuse and harassment of women.

On Monday, French authorities said 125,840 women were victims of domestic violence in 2019. A further 146 were murdered by their partner or ex-partner – 25 more than the year before.