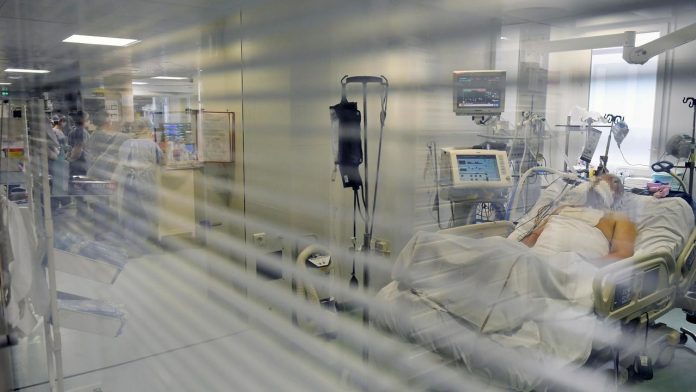 The head of the French hospital federation on Friday demanded a new nationwide lockdown to slow the spread of Covid-19 infections, in the latest sign of tensions between the government and health officials in the matter.

Frédéric Valletoux, who is also mayor of Fontainebleau just south of Paris, told LCI TV that although the hospital situation was currently under control, it remained “very tense” in many areas.

Valletoux spoke a day after Prime Minister Jean Castex said the situation in Covid-19 in France was “fragile” but did not currently justify a new shutdown.

Castex said the rate of infection had not increased significantly in the past two weeks, although pressure on French hospitals remained strong.

“We have to stick to the current restrictions we already have in place […] but the situation today does not justify a new national shutdown, he told a news conference.

His words contradicted the views of several leading French doctors.

On Friday, the head of infectious diseases at Saint Antoine Hospital in Paris said new measures to limit the spread of infections were “inevitable”.

“We are still on a high plateau in France. And to bring it down, new restrictive measures will be inevitable,” Karine Lacombe told France Inter radio.

‘Not the time to relieve’

France introduced two nationwide lockdowns last year and currently has one of the world’s most restricted curfews, ranging from 6pm to 6pm.

At its press conference, Castex said that the country’s progressive tightening of restrictions had made it possible to keep the economy more open than some neighbors had been able to.

But he warned that there could be no delay and urged companies to enforce more remote work from home.

“Working from home is absolutely necessary whenever possible,” he said.

He also announced a three-week lock-in for the French island of Mayotte, off the coast of Mozambique, which has been affected by the South African variant of the virus.

“It’s not time to relieve yourself now,” Castex said, adding that he would not hesitate to tighten the curbs in free movement if infections increased.

The Prime Minister also touched on the sensitive issue of France’s vaccination, which has been widely criticized for its slow pace.

President Emmanuel Macron has promised to offer a vaccine to all adults in France by the end of the summer.