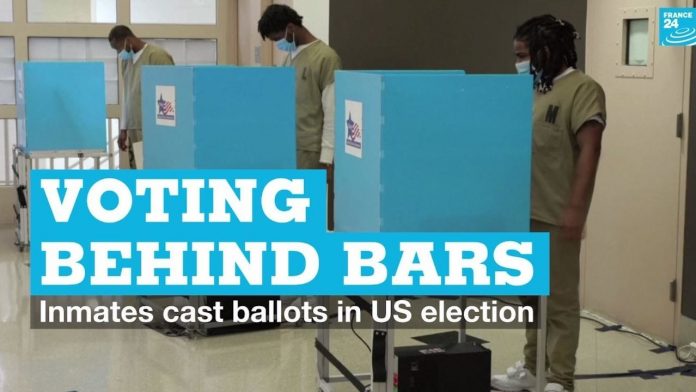 Inmates in a Chicago prison have cast their ballots this week in the U.S. presidential election, a rare chance to vote in person in a country where millions of inmates cannot vote at all.

The Cook County Jail launched early voting for its detainees in the trial on the weekend of October 17th.

In previous elections, prisoners would have to send ballot papers absent. But a law change in the state of Illinois last year now allows the prison to function as a polling station.

“It’s amazing,” an inmate told Reuters after the vote. “I am able to express my opinion and let everyone know that we are still human, and that still counts.

“We still have to deal with the same things that everyone else has to deal with when it comes to society and way of life and our rights.”

Officials say they expect about 2,000 inmates to vote, a turnout of about 50 percent and a huge increase in the 400-500 absentee ballots that would normally be submitted from prison.

More than five million Americans are exempt due to laws restricting the voting rights of convicted criminals, according to figures from The Sentencing Project.

But advocacy groups say many of those who can vote, including those awaiting trial, do not because of a lack of knowledge of the law on the right to vote and bureaucratic obstacles to voting absent.