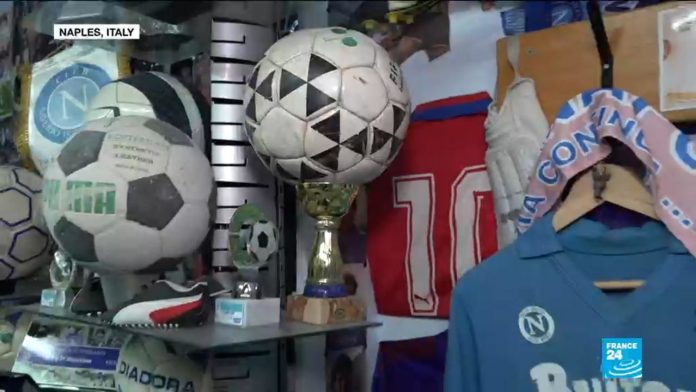 An underground museum in the back streets of Naples is filled with Diego Maradona memorabilia. FRANCE 24’s Mark Owen reports on a tribute to the football legend.

For fans of Diego Maradona, a museum in the back streets of Naples is a must.

Pictures of the football legend sit together with clips, cuttings, certificates and “absolute dynamite” as Maradona’s training jacket from 1989.

“These are all the souvenirs he gave to my family,” said the museum’s founder, Massimo Vignati, whose father was the director of ground staff and changing rooms at Naples’ San Paolo Stadium. “Losing Maradona to me is like losing a father, a mother and a son,” he said.

“Diego was an even bigger champion off the field than on it,” said Vignati. “He was a generous person with a big heart, humble, with humility. That’s why Diego will never die. His body is dead but his spirit lives on.”

Visits to the museum are free but donations go to help local children.