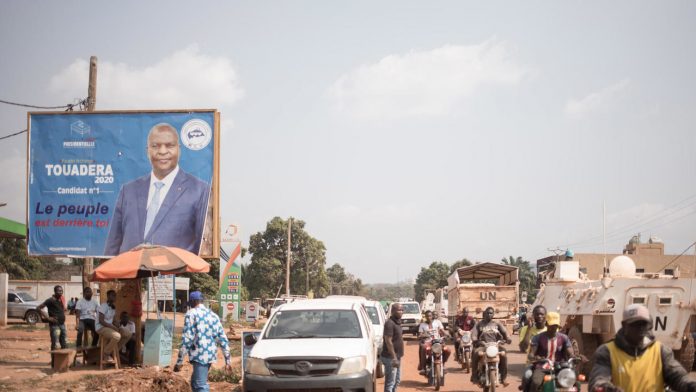 Ten defeated candidates in the Central African Republic’s presidential election on Tuesday demanded that the vote – won by incumbent Faustin Archange Touadera – be annulled on the grounds of “many irregularities”.

“We demand an invalid declaration of invalidity,” the candidates said in a joint statement on the December 27 presidential and legislative elections.

Then on Monday, the electoral authority declared ANE Touadera winners with almost 54 percent of the vote, which means that a run-off will not be needed if the result is confirmed by CAR’s Supreme Court.

The claim that the vote was “full of many irregularities”, said the opposition candidates “we do not recognize the results published by ANE”.

Of a registered electorate of 1.8 million, only about 695,000 people were able to actually vote, corresponding to a turnout of 37 percent, rather than the 76.31 percent reported by the ANE, they claimed.

Many voters can not vote

Among the candidates was Anicet Georges Dologuele, a former prime minister, who came in second with 21 percent and third placed Martin Ziguele.

Two thirds of the country is controlled by armed groups, and many voters in these areas could not vote.

According to official figures, voting did not take place at all in 29 of the 71 districts in the district and was limited to six others.

In almost half of the polling stations, “voting has not taken place or ballot papers have been destroyed,” ANE rapporteur Theophile Momokoama told AFP.

The Constitutional Court has until 19 January to validate the result.