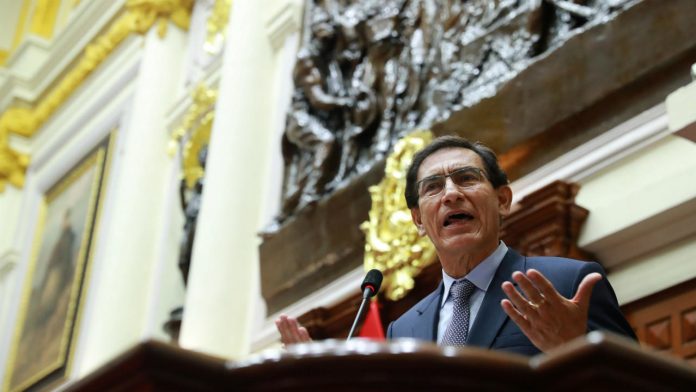 The Peruvian Congress voted to oust President Martín Vizcarra on Monday in a lawsuit against allegations of corruption, the other such an effort to remove him in a few months.

The opposition-dominated Congress, after a debate, reached the threshold of 87 votes out of 130 needed to get rid of the centrist leader over allegations that he accepted bribes as governor of companies that won public works.

His dismissal threatens to confuse the world’s leading copper producer in political unrest as it looks set to recover from an economic downturn caused by the coronavirus pandemic.

Vizcarra, 57, was missing a party in a fragmented congress, which created some uncertainty about how lawmakers can finally vote. In September, Congress voted against his expulsion in a separate lawsuit against alleged links to a case of irregular government contracts with a little-known singer.

Vizcarra, a centrist who has long fought against official transplants, denied as “baseless” and “false” recent allegations that he accepted bribes from companies that won public works contracts when he was governor of the southern region of Moquegua.

He warned of “unpredictable consequences” earlier on Monday if lawmakers accused him just months before the April 11 presidential election, in which he is not eligible to run.

The head of Congress, Manuel Merino, a member of the minority party Popular Action, will now take over the presidency until the end of July 2021, when Vizcarra’s term would expire.