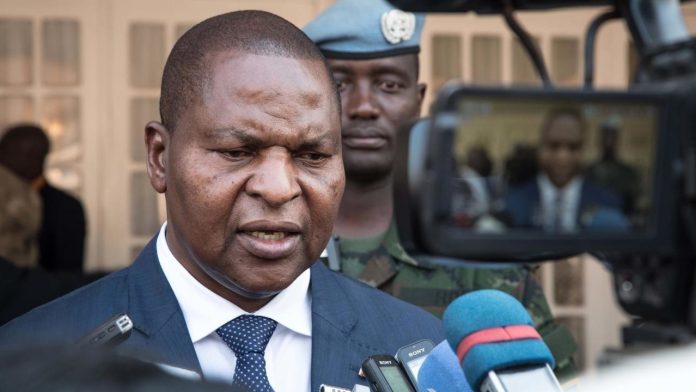 The President of the Central African Republic, Faustin-Archange Touadera, was re-elected in the first round of elections on December 27 with 53.9 percent of the vote, announced by the Electoral Commission on Monday and delivered results that must be officially validated by the Constitutional Court after any appeals.

The Constitutional Court will validate the result after disputes have been resolved. Last Wednesday, the opposition demanded that the vote be annulled and called it badly flawed.

Dologuele immediately cried badly and told AFP: “It’s a farce. There were many irregularities and cases of fraud.”

The presidential election, which coincided with legislative inquiries, took place against the backdrop of a new offensive by a coalition of armed rebel groups, with thousands of voters unable to vote.

According to official figures, the vote did not take place at all in 29 of the country’s 71 sub-prefectures and was limited to six others.

However, the ANE reported on Monday that turnout had reached 76.31 percent.

The Touadera government controls only about a third of the former French colony, with militia groups emerging from a 2013 conflict controlling the rest.

Unrest has persisted since the election, and rebels seized the city of Bangassou, about 750 kilometers (470 miles) east of the capital Bangui, on Sunday.

Earlier on Monday, CAR prosecutors said an investigation had been launched into former President Francois Bozize, accused by the government of planning a coup with the help of armed groups ahead of the election.