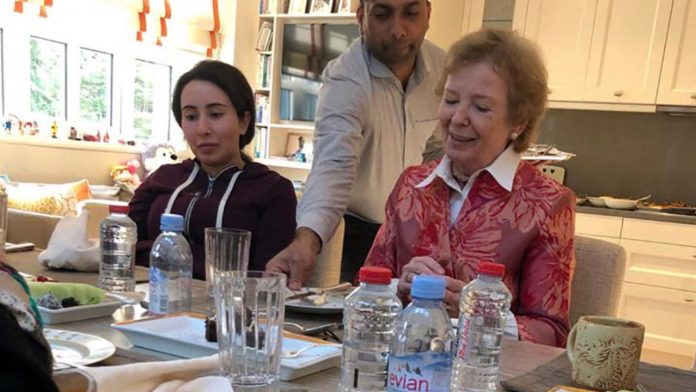 Campaigns Human Rights Watch has called for proof that the daughter of Dubai’s ruler has been given life and international pressure to free her after films revealed that the royals were in need.

Sheikha Latifa, 35, has not been seen in public since she tried to flee the emirate at sea in 2018 and said in a video broadcast by the BBC that she fears for her life.

Prime Minister Boris Johnson later told the British media that he was “concerned” about the films, while the rights group Amnesty International called the film “cooling”.

“We are hopeful to see that there is movement and that there will be comments,” HRW golf researcher Hiba Zayadin told AFP late Wednesday.

“We just hope that they are followed by actions, that the UN completely demands her release, not just proof of life.

The UAE’s Foreign Ministry and Dubai Media Office have not yet commented on the matter.

Latifa’s father, Sheikh Mohammed bin Rashid Al-Maktoum, is vice president and prime minister of the United Arab Emirates, of which Dubai is a component.

“We are extremely concerned about her safety, as friends say that all contact with her has been cut off in recent months,” said Lynn Maalouf, Amnesty’s Deputy Director for the Middle East and North Africa.

“Sheikha Latifa may be detained in a ‘golden cage,’ but that does not change the fact that her detention is arbitrary,” she added in a statement on Thursday.

“Given its long-standing nature, it would involve torture,” Amnesty International urges the international community to turn its attention to Sheikha Latifa’s plea for help. “

The BBC said the clips were filmed about a year after she was captured and returned to Dubai, showing her crouching in a corner of what she says is a bathroom.

“I am a hostage and this villa has been turned into a prison,” she said in a mobile phone video.

“There are five policemen outside and two policewomen inside the house. Every day I am worried about my safety and my life.”

In another video, Latifa says her situation is “getting more desperate every day”.

The Office of the UN High Commissioner for Human Rights will “certainly address this new development with the United Arab Emirates”, a spokesman told the BBC.