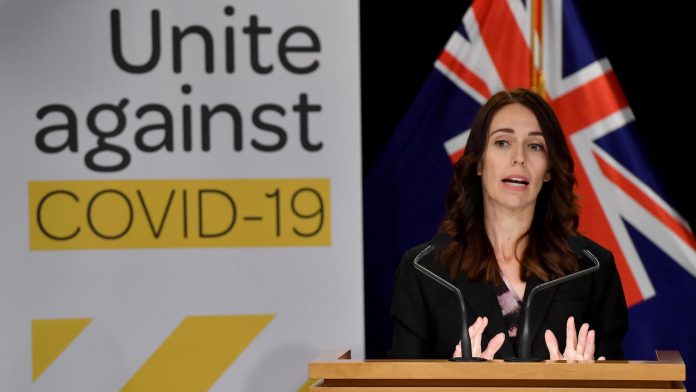 Brazil’s handling of the coronavirus pandemic has been ranked as the world’s worst, while New Zealand topped the class, according to research published by a leading Australian think tank on Thursday.

“Taken together, these indicators point to how well or poorly countries have handled the pandemic,” according to the report from the independent body.

Aside from New Zealand – which has largely kept the virus in check with border closures and “go early, go hard” lockouts and test regimes – Vietnam, Taiwan, Thailand, Cyprus, Rwanda, Iceland, Australia, Latvia and Sri Lanka topped 10 for their response.

At the bottom was Brazil, closely followed by Mexico, Colombia, Iran and the United States.

Brazil has registered more than 218,000 coronavirus deaths – a fee that is only US.

For most of the past year, the two most populous nations in America have been led by nationalist leaders who have actively downplayed the threat of Covid-19, ridiculed masked wear, opposing lures, and contracted the virus themselves.

Britain, with the most deaths in Europe, stood at 66. Italy, which managed Europe’s first Covid-19 rise, was 59th. Germany ranked 55th. Belgium stood at 72nd, followed by France at 73rd. and Spain in the 78th.

A total of 98 countries were evaluated in the 36 weeks following their 100th confirmed case of Covid-19, using available data on January 9, 2021.

China – where the first cases were identified in December 2019 – was not included in the ranking due to what the think tank described as a lack of publicly available data on testing.

Beijing has aggressively sought to address public perceptions of its handling of the disease as it seeks to demonstrate that its authoritarian system is preferable to democracies, many of which have fallen victim to the crisis.

“Levels of economic development or differences in political systems between countries had less impact on performance than were often adopted or published,” the institute said in its analysis.

There was no clear winner when it came to which political system best handled the pandemic.

Instead, almost across the board, the response has been weak.

“Some countries have handled the pandemic better than others – but most countries outperformed each other only because of underperformance,” the report said.

Smaller nations – with populations of less than 10 million people – seemed to have some advantages.

“In general, smaller populations, cohesive societies and capable institutions have a comparative advantage in dealing with a global crisis such as a pandemic,” the report said.

In total, the cases have now peaked at 100 million worldwide and approximately 2.2 million people have died from the virus since the outbreak began in December 2019.