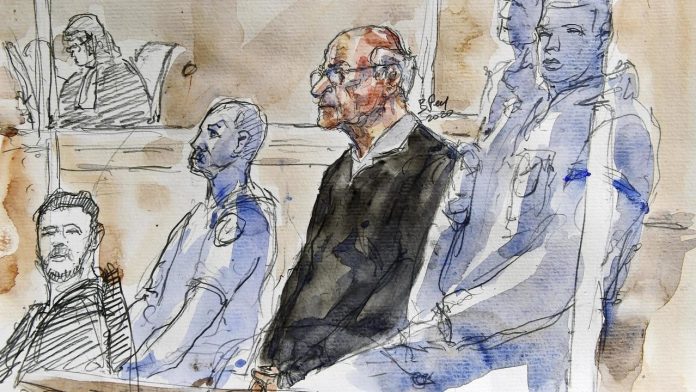 A retired French surgeon has been sentenced to 15 years in prison at the end of his closed-door trial for raping and sexually abusing four children in the first part of France’s largest case of pedophilia ever.

Joel Le Scouarnec, 70, remained impassive when the verdict was read out on Thursday in a court in Saintes, western France, with his arms crossed without a glance at his victims, who embraced each other, overcome by emotion.

Le Scouarnec, who could have faced 20 years behind bars after pleading guilty to all charges, will also be subject to a three-year sentence at the end of his sentence. He has ten days to appeal.

Judge Isabelle Fachaux said that despite a 2005 conviction that Le Scouarnec had watched child pornography, he had continued to insult and made a longer prison sentence necessary.

“We are really pleased … it’s a fair verdict,” said Francesca Satta, a lawyer for one of the victims, who had reported Le Scouarnec 2017.

In his final words to the court, Le Scouarnec said he did not expect forgiveness, according to lawyers present at the trial, which was held behind closed doors at the request of the victims.

“I do not ask for forgiveness or compassion … just the right to be a better man again,” he was quoted as saying.

“He explained that he had a lot of remorse … without necessarily apologizing. He knows that what he did is unforgivable,” said his lawyer Thibaut Kurzawa.

The once respected doctor and father of three sons is now facing a possible second trial with hundreds of cases of sexual abuse or rape.

Le Scouarnec was charged in 2017 after testifying from one of his victims, his neighbor’s six-year-old daughter.

The investigation quickly revealed three others – two of his nephews, raped between 1989 and 1999, and a hospital patient who was only four in 1993.

Prosecutors say searches of Le Scouarnec’s home revealed archives describing the sexual abuse or rape of as many as 312 victims, both adults and children, beginning in 1986 while working in hospitals in central and western France.

Police found more than 300,000 decent photos of minors, including photos of his two nieces.

During the trial, which began on Monday, Le Scouarnec admitted to raping his nieces and nephews, now 35 and 30 years old. His confession “did them a lot of good,” according to their lawyer, Delphine Driguez.