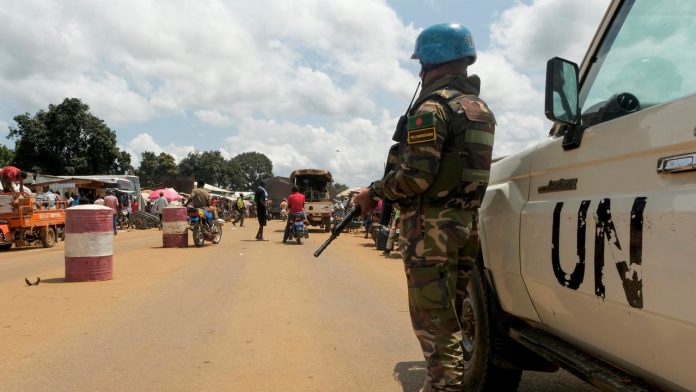 UN Secretary-General Antonio Guterres on Friday called on all sides to “end hostilities as soon as possible” in the Central African Republic, where peacekeepers were deployed to prevent armed groups from disrupting the upcoming elections.

“He condemns the escalating violence and calls on all actors to put an end to hostilities as soon as possible and work to ensure conditions that lead to credible, inclusive and peaceful elections being held on December 27,” Guterres spokesman Stephane Dujarric said in a statement.

According to humanitarian and UN sources, armed groups have taken highways leading to the capital Bangui, which is now threatened by a blockade.

Guterres called on all parties to “resolve their differences peacefully … in the interests of the Central African people, who have suffered for too long from violence and instability.”

Tensions are high in the country, and the government on Wednesday accused former President Francois Bozize of a “plan to destabilize the country”, while the opposition says it fears massive fraud in the vote on the president and legislation.