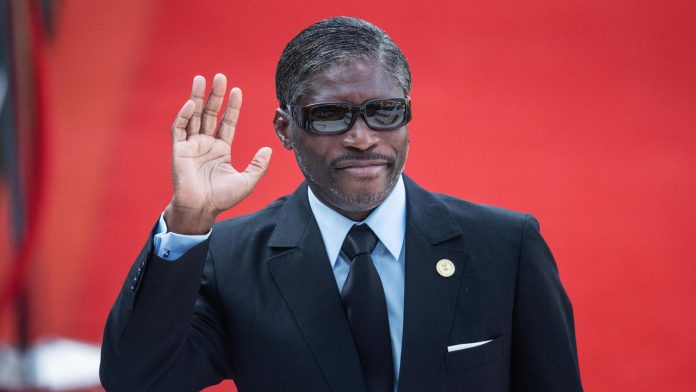 The UN Supreme Court ruled on Friday in a bitter battle with Equatorial Guinea over a Swedish house in Paris seized in a corruption investigation into the playboy son of the African nation’s long-term president.

Equatorial Guinea claimed that the luxury mansion could not be confiscated because it was part of its diplomatic mission in France and that it did not belong to Vice President Teodorin Obiang, as French investigators claimed.

But the International Court of Justice upheld France’s objections that Malabo had only tried to designate it as such after the investigation into Obiang, the son of the iron-fisted President Teodoro Obiang Nguema.

“The court finds that the building at 42 Avenue Foch has never been granted the status of the Equatorial Guinea Republic’s mission to the French Republic,” said ICJ President Abdulqawi Ahmed Yusuf.

The € 107 million property seized in 2012 has a cinema, a disco, a spa and gold-leaf taps and is located near the Arc de Triomphe in one of the most prestigious streets in the French capital.

French authorities also seized a luxury car, including two Bugatti Veyrons – one of the world’s fastest and most expensive supercars – and a Rolls Royce Phantom.

A court in Paris awarded the younger Obiang a three-year term and a $ 32.9 million fine in 2017 for plundering tens of millions of dollars from the oil and timber-rich African nation’s coffers to fund his jet-set lifestyle in France.

“Leaders in the fight against corruption”

In 2016, Equatorial Guinea lawyers went to The Hague-based ICJ – the world’s legal judge in cross – border disputes – to order France to stop Obiang’s criminal prosecution and argue that he had immunity.

They also asked judges to rule that France violated the Vienna Convention, which protects diplomats from interference from a host country, when they seized the mansion.

But the ICJ ruled that France had opposed Malabo’s attempt to label it a “timely diplomatic property” as “neither arbitrary nor discriminatory”.

Equatorial Guinea already had an embassy in the French capital, it is said.

Obiang is known for his penchant for Michael Jackson memorabilia, parties, supercars, fancy costumes, jewelry, yachts and the company of hip-hop stars, and documents many of his achievements on Instagram.

The 52-year-old is the eldest son of Africa’s longest-serving leader. As vice president, he has been trained to succeed his father as head of state for oil, but stuck in poverty and a reputation for corruption.

Paris has long been a favorite destination for the ill-gotten gains of rich people linked to political leaders in Africa, especially in France’s former colonies.

Legal experts had argued that a decision in favor of Equatorial Guinea could jeopardize France’s long-term attempts to get groups and individuals accountable for abusing public funds at home and then stagnating revenue in France.

Cecily Rose, associate professor of international public law at Leiden University in the Netherlands, said the case “announces the fact that France is a kind of leader in the fight against corruption.”

“It is very powerful and could lead to some very interesting disputes about corruption in the future,” she said.