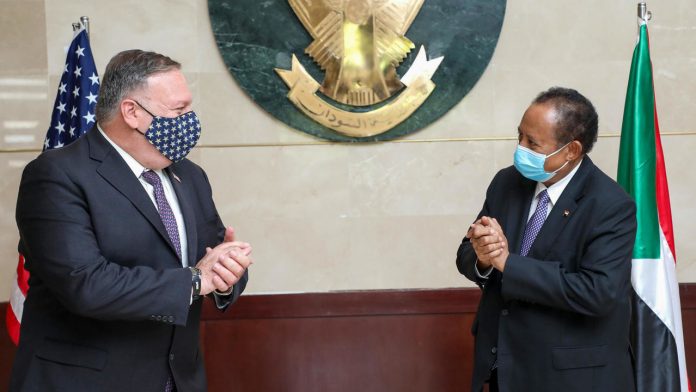 The United States on Monday formally removed Sudan’s state sponsor of terrorism designation, 27 years after the country was blacklisted, the US embassy in Khartoum announced.

“The 45-day congressional notice period has expired and the Secretary of State has signed a declaration that the suspension of Sudan’s state sponsor of terrorism appointments will take effect from today (December 14), to be published in the Federal Register,” the US embassy said. said on Facebook.

President Donald Trump announced in October that he was delisting from Sudan, a step desperately sought by the country’s new civilian-backed government because the term severely hampered foreign investment.

As part of an agreement, Sudan agreed to pay $ 335 million to compensate survivors and victims of the 1998 double attacks on US embassies in Kenya and Tanzania, carried out when dictator Omar al-Bashir welcomed al-Qaida and a 2000 attack on USS Cole off the coast of Yemen.

Sudan’s transitional government, which took over last year after Bashir overthrew, also agreed to recognize Israel, a major target for Trump, although Khartoum has tried to downplay the connection.

Trump sent his message to Congress on October 26, and under U.S. law, a country leaves the terror list after 45 days unless Congress objects, which it has not done.