Home World The US death toll from Covid-19 tops 400,000 before the inauguration of...
Facebook
Twitter
WhatsApp
Linkedin
LINE 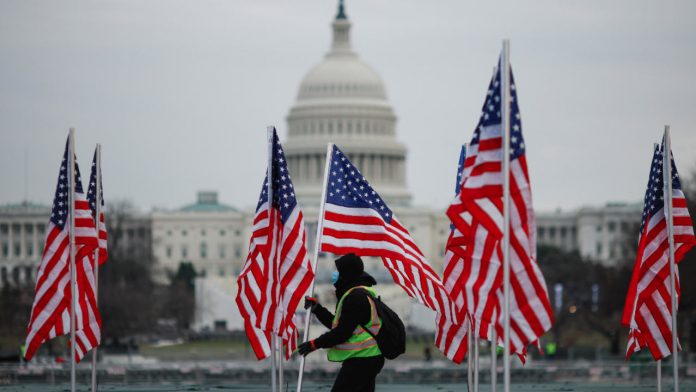 More than 400,000 people have died from Covid-19 in the United States since the pandemic began, according to Johns Hopkins University on Tuesday, ahead of the president’s inauguration of Joe Biden, who has made the fight against coronavirus a priority for his first semester.

The gloomy threshold was reached just about a month after the United States registered its 300,000th death from the disease, in mid-December, and almost a year since the United States announced its first Covid death, at the end of February 2020.

Tolls in the world’s richest nation are still the absolute highest in absolute terms, although some other countries register more deaths in proportion to their population, such as Italy, the United Kingdom and Belgium.

After the first Covid-19 death was announced in the United States in February 2020, it took about three months to complete 100,000, during a first wave that hit New York particularly hard.

However, as cases have increased across the country with the arrival of winter and the holiday season in recent months, deaths have followed.

About one in two Americans believe the virus is not currently under control at all, according to a Washington Post-NBC survey released on Tuesday.

About 120,000 people are currently in hospital due to Covid-19, according to the Covid Tracking Project, which analyzes data from across the country on a daily basis.

In total, the United States has registered more than 24.1 million cases – but with shaky testing at the beginning of the pandemic, the real toll is assumed to be much higher.

The United States began vaccinating its residents in mid-December, but it will take months before the current outbreak can be curtailed.

Just over three percent of the population, or about 10.5 million people, have so far received one of the two vaccines licensed in the United States – developed by Pfizer / BioNTech and Moderna – of which 1.6 million people have received the two necessary doses.

Biden, who is keen to speed things up, has promised 100 million doses injected during his first 100 days in office.

To achieve this goal, he will push for the creation of new community vaccination centers in gyms, arenas and schools and will mobilize an additional 100,000 healthcare professionals.

Former French President Nicolas Sarkozy has been jailed for corruption

The EU proposes a Covid-19 vaccine pass in March