Home World ‘This is our country’: In the midst of emigration, some Stepanakert residents...
Facebook
Twitter
WhatsApp
Linkedin
LINE 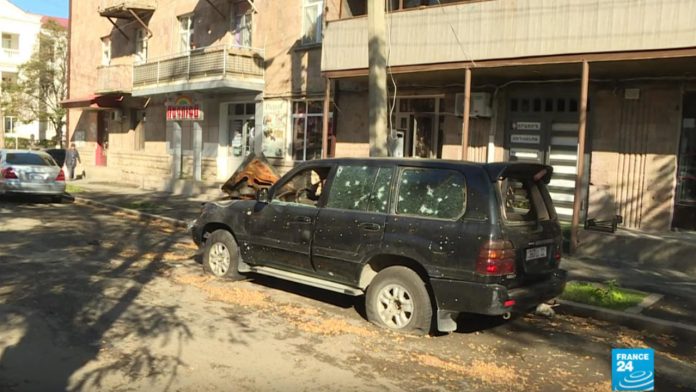 At least half the population of Nagorno-Karabakh’s de facto capital, Stepanakert, has fled since the conflict began in late September. © France 24 screengrab

Nearly a month after the fighting first broke out over Nagorno-Karabakh, an ethnic Armenian enclave in Azerbaijan, thousands have fled their homes in the erupting capital Stepanakert, leaving its streets largely deserted and its shops mostly closed. Still, some residents have chosen to stay, determined to continue living on what they consider their land. FRANCE 24’s Luke Shrago and Tarek Kai report.