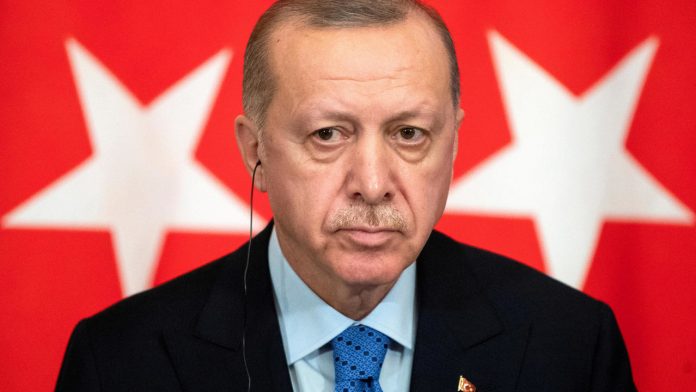 Turkish officials spread on Wednesday against the French satirical magazine Charlie Hebdo because of the cartoon on the front page that mocked Turkish President Recep Tayyip Erdogan and accused it of sowing “the seeds of hatred and hostility”.

Turkish anger over the caricature added fuel to a series between Turkey and France about the magazine’s cartoon of the Prophet Mohammed flaring up after a French teacher, Samuel Paty, was beheaded outside his school in a Paris suburb earlier this month after he had shown the students the comics in a lesson on free speech.

“We strongly condemn the publication regarding our President in the French magazine, which does not respect any faith, holiness and values,” Presidential spokesman Ibrahim Kalin wrote on Twitter.

“They are just showing their own vulgarity and immorality. An attack on personal rights is not humor and expressions of freedom,” he said.

The cartoon on the front page of Charlie Hebdo showed Erdogan sitting in a white T-shirt and underpants holding a can in a can with a woman wearing an Islamic hijab.

“I condemn this incorrigible French rag immoral publicity regarding our President,” Turkish Vice President Fuat Oktay wrote on Twitter. “I urge the moral and conscientious international community to speak out against this disgrace.”

Calls for boycott and mental health

Tensions between the two countries rose over the weekend as Erdogan said French President Emmanuel Macron needed a mental health check, prompting France to recall its ambassador from Ankara.

Erdogan has called for a boycott of French products. France, in turn, has called on its EU allies to take action against Turkey following the boycott call.

On Tuesday, the European Commission warned that Erdogan’s comments would make Turkey’s halted bid to join the EU an even more distant view.

Turkey and France are both members of NATO’s military alliance, but have been at odds with issues including Syria and Libya, maritime jurisdiction in the eastern Mediterranean and the Nagorno-Karabakh conflict.

On Monday, EU spokesman Peter Stano said he would not rule out an urgent meeting between EU ministers at an earlier stage following Erdogan’s comments and boycott calls.

“We clearly expect a change in action and statements from the Turkish side,” Stano told a news conference. He said there would be many discussions “to see if we continue to wait or act sooner”.

Prophet Mohammed cartoons considered blasphemous by Muslims have been shown in France in solidarity, and Macron has said he will redouble his efforts to stop conservative Islamic beliefs from undermining French values ​​and angering many Muslims.