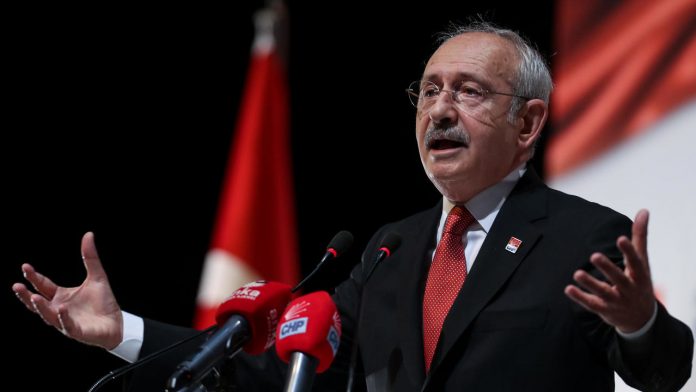 The European Court of Human Rights said on Tuesday that Turkey violated freedom of expression from a top opposition figure convicted of criticism by Recep Tayyip Erdogan eight years ago.

Kemal Kilicdaroglu, who has been one of the Turkish president’s toughest rivals for years, was found guilty in 2012 of slander during two parliamentary speeches.

Erdogan, who then served as prime minister, was criticized over a Turkish air force bombing as well as a controversial hydropower dam.

He sued Kilicdaroglu and won with a court that imposed heavy fines that critics said were intended to discourage other opponents from speaking out against the government.

But the European court said the Turkish judges “failed to examine the insulting remarks in the context and form in which they were made.”

“Mr Kilicdaroglu had given the speeches as a Member of Parliament,” it added, and as the leader of the main opposition Republican People’s Party (CHP).

“In this regard, the court reiterated that freedom of expression was particularly important to an elected representative, even though it was valuable to all.”

Kilicdaroglu has repeatedly crossed swords with Erdogan since, especially following the president’s breakdown of opposition parties in the wake of a failed 2016 coup.

The European Court of Justice has ordered Turkey to pay Kilicdaroglu around 13,000 euros ($ 15,400) in compensation and legal costs.

The seven judges who heard the case, including one from Turkey, rendered a unanimous decision, even though the Turkish judge disagreed on the award of compensation.

Although Turkey is not a member of the European Union, it has been under the jurisdiction of the ECHR as a member of the Council of Europe, the continent’s leading human rights organization, since 1950.