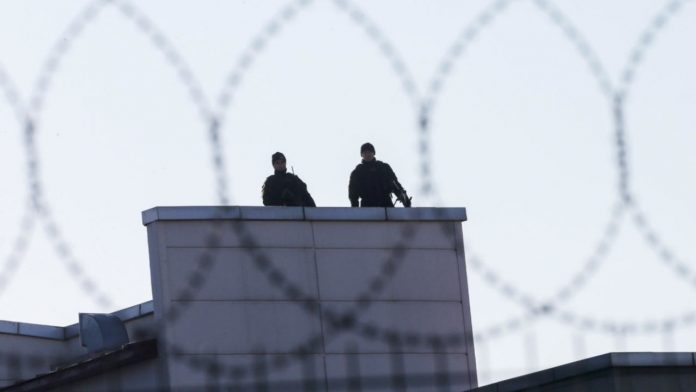 A Turkish court has arrested 337 former pilots and other suspects for life in one of the largest trials stemming from the bloody 2016 coup attempt against President Recep Tayyip Erdogan.

Fethullah Gulen, a US-based Muslim preacher who was once an Erdogan ally, is accused of ordering the failed coup. Gulen, whose movement has been banned as a terrorist group by Ankara, strongly denies all allegations.

A total of 251 people died and more than 2,000 were injured in what has become a crucial moment for Erdogan’s regime and contemporary Turkish politics.

The country’s largest courtroom was full of dozens of security personnel and lawyers, and the president ordered a protesting defendant to “sit down!” several times before reading the judgment.

He sentenced several life sentences to disgruntled air force pilots who bombed the capital Ankara and civilians who orchestrated the coup attempt from inside Akinci’s military base near the capital.

Court documents obtained by AFP showed that 337 defendants sentenced to life in prison for murder, violated the constitutional order and tried to assassinate Erdogan.

The full verdict is expected to be announced later on Thursday.

‘Justice has been served’

“We believe the punishment was given in accordance with applicable law.”

The then Chief of Staff Hulusi Akar – now the Minister of Defense – and other top commanders were held hostage at the military base overnight before being rescued on the morning of 16 July 2016.

F-16 fighter jets struck the parliament building, the road near the presidential palace and the headquarters of the special forces and the Ankara police.

Erdogan was on holiday in southern Turkey at the time.

The bombs killed 68 people in the capital, injuring more than 200. Nine civilians also died trying to stop the plots at the entrance to the base.

Gulen, Adil Oksuz – a theologian lecturer who officials claim was a key coordinator of what happened on the ground – and four others are tried in absentia.

Oksuz was arrested shortly after the coup but was later released and is now on the run.

Thursday’s verdict culminates in a trial that began in August 2017 with a total of 475 suspects.

A worsening life sentence has stricter conditions for detention and replaced the death penalty after it was abolished in 2004 as part of Turkey’s efforts to join the European Union.

The coup bid was quickly knocked out, but its legacy still haunts Turkey.

A harsh government action that followed has put pressure on the media and seen tens of thousands arrested in nationwide raids.

More than 100,000 employees in the public sector, including teachers and judges, were fired or suspended due to their suspected connection to Gulen.

These arrests continue, although they are less sweeping.

Despite the large number of suspects, a separate coup-related trial is even larger, focusing on the activities of the presidential guard and involving 521 suspects.

Ten of a total of 289 lawsuits against the failed overthrow of Erdogan are still ongoing, Anadolu reported.

More than 2,800 people have been jailed for life, and judges have convicted nearly 4,500 suspects since July 2016.