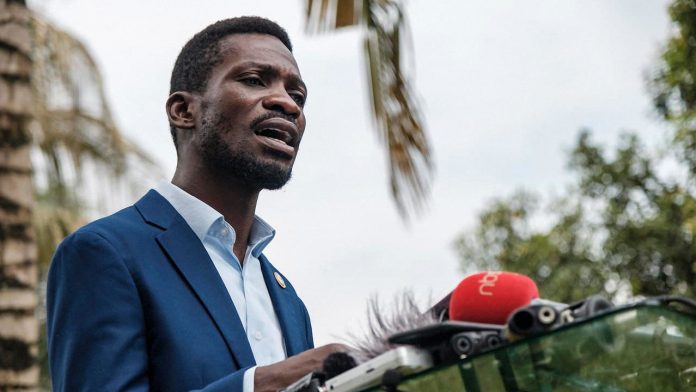 Uganda’s opposition leader Bobi Wine said on Monday that he was withdrawing a court case that challenged presidential election results that handed victory to incumbent Yoweri Museveni and claimed bias from the Supreme Court judge who heard the case.

“We have decided to withdraw from their court,” Bobi Wine told a news conference in the capital Kampala.

Vin, whose real name is Robert Kyagulanyi, has rejected the results of the January election, saying he believed the victory was stolen from him. A pop star and legislator, Wine, 39, asked the court to overturn the results on several grounds including widespread use of force.

Museveni, a former guerrilla leader who has led the East African country since 1986, was declared the winner of the January 14 election with 59% of the vote, while Wine received 35%.

“The courts are not independent, it is clear that these people (judges) work for Mr. Museveni,” Wine told reporters.

Solomon Muyita, a spokesman for the judiciary, told Reuters that they will only respond to Wine’s accusations and decisions to withdraw the case once he has formally closed the case through his lawyers.

“Right now what he has done is that he has only made a political statement, as far as the Supreme Court register (concerned) is concerned, the case is still there,” he said.