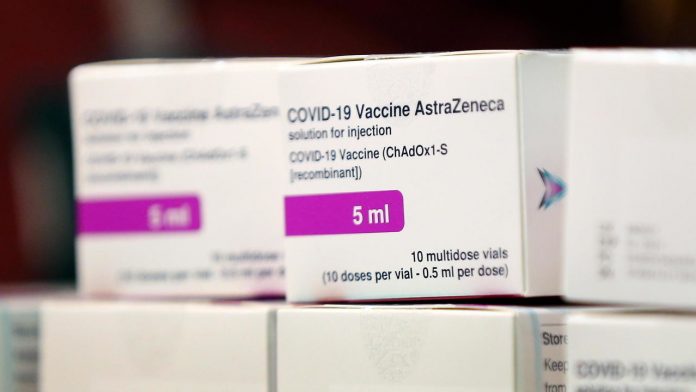 The UK will be the first country to launch the cheap and easily transportable AstraZeneca and Oxford University COVID-19 vaccine on Monday, another step forward in the global response to the pandemic.

Six hospitals in England will administer the first of approximately 530,000 doses completed by the UK. The program will be expanded to hundreds of other UK locations over the next few days, and the government hopes to deliver tens of millions of doses within a few months.

“This is a crucial moment in our fight against this terrible virus and I hope it gives renewed hope to everyone that the end of this pandemic is in sight,” Health Minister Matt Hancock said in a statement.

Last month, the UK became the first country to use another vaccine produced by Pfizer and BioNTech, which must be stored at very low temperatures. The UK has so far injected around one million people with it.

The Oxford / AstraZeneca vaccine is cheaper and can be stored at a cooling temperature, which makes it easier to transport and use. India approved the vaccine on Sunday for emergency use.

Cases of COVID-19 in the UK have increased sharply in recent weeks, driven by a new and more transmissible variant of the virus. On Sunday, there were almost 55,000 new cases and in total, more than 75,000 people in the country died with COVID-19 during the pandemic – the second highest fee in Europe.

While the government has been keen to rent its vaccination program as the most advanced in the world, it has had to balance the optimism in that message and appeal to the public to abide by rules to prevent new infections.

Prime Minister Boris Johnson said on Sunday that tougher restrictions were likely to be imposed, even with millions of citizens already living under the strictest rule.

The spread of the variant virus has also forced the government to change its approach to vaccination. The UK now prioritises getting a first dose of a vaccine to as many people as possible over giving other doses. Delaying the distribution of other shoots should help stretch the supply.

Strategy change has been criticized by some British doctors.