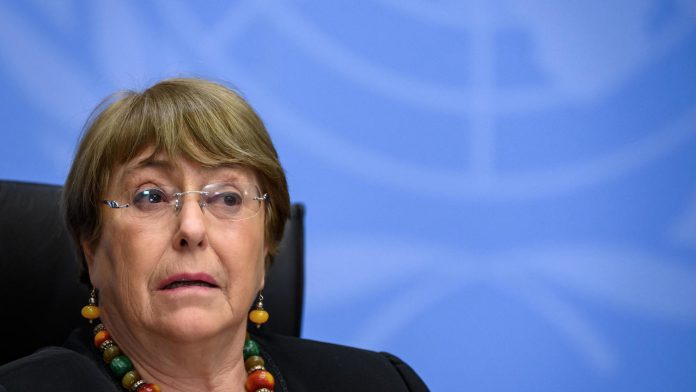 UN High Commissioner for Human Rights Michelle Bachelet on Wednesday called for the withdrawal of a bill in France, known as “Article 24”, which would restrict the freedom to share images that identify the police.

France has been hit by a wave of street protests after the government introduced a security bill in parliament aimed at increasing its surveillance tools and restricting the rights to circulating images of police in the media and online.

In a new twist, French President Emmanuel Macron’s ruling party said it would rewrite the article, which prevents the right to spread images of police officers.

“The law must be discussed by the French people,” Bachelet told a news conference in Geneva. “But it is Article 24, the one we are really worried about. And that is why we mention that it should be reviewed and should, I suppose, be withdrawn.”