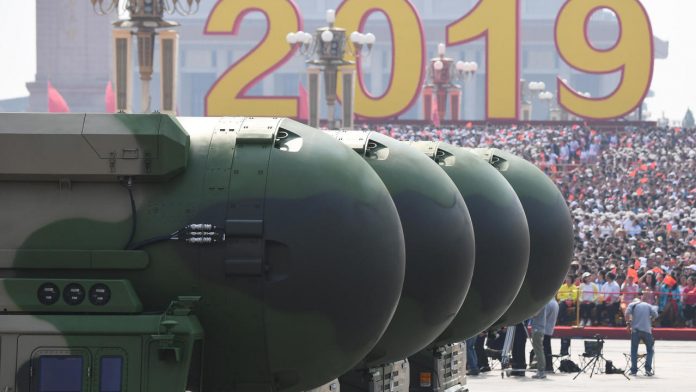 An international treaty banning nuclear weapons has been ratified by a 50th country, the UN said on Saturday, allowing the “historic” text to take effect after 90 days.

While nuclear power has not acceded to the treaty, activists who have been pushing for its entry into force hold out hope that it will nevertheless prove to be more than symbolic and have a gradual deterrent effect.

UN Secretary-General Antonio Guterres called it “the culmination of a worldwide movement to draw attention to the catastrophic humanitarian consequences of any use of nuclear weapons”, according to a statement from his spokesman.

“It represents a meaningful commitment to the total elimination of nuclear weapons, which remains the UN’s highest disarmament priority.”

NGOs also welcomed the news, including the International Campaign to Abolish Nuclear Weapons (ICAN), a coalition that won the Nobel Peace Prize in 2017 for its key role in fulfilling the treaty.

“Honduras just ratified the treaty as the 50th state and triggered entry into force and created history,” ICAN said in a tweet.

Peter Maurer, president of the International Committee of the Red Cross (ICRC), said in a statement: “Today is a victory for humanity and a promise of a more secure future.”

The 75th anniversary of the nuclear attacks on Nagasaki and Hiroshima, marked in August, saw a wave of countries ratify the treaty.

They have included Nigeria, Malaysia, Ireland, Malta and Tuvalu.

Thailand, Mexico, South Africa, Bangladesh, New Zealand, Vietnam and the Vatican are among the countries that had already ratified it.

The Treaty on the Prohibition of Nuclear Weapons – which prohibits the use, development, production, testing, stationing, storage and threat of use of such weapons – was adopted by the UN General Assembly in July 2017 with the approval of 122 countries.

Eighty-four states have since signed it, though not all have ratified the text.

The link between nuclear-weapon states, including the United States, Britain, France, China and Russia, has not signed the treaty.

But campaigners hope that its entry into force will have the same impact as previous international treaties on landmines and cluster munitions, bringing stigma to their storage and use and thereby a change in behavior even in countries that did not sign up.

“Decades of activism have achieved what many said was impossible: nuclear weapons are banned.”

He said his country had played a “crucial role” with others, and Austrian Chancellor Sebastian Kurz wrote on Twitter that it was “an important step towards our goal of a world without nuclear weapons.”

Nuclear-armed states claim that their arsenals serve as a deterrent and say they remain committed to the Nuclear Non-Proliferation Treaty, which seeks to prevent the proliferation of nuclear weapons.

Separately, Russia and the United States have tried to break a dead end in lengthy talks aimed at expanding a nuclear arms deal between them.

The two sides have struggled to find common ground over the fate of the new START treaty, which limits both sides to 1,550 deployed warheads, but which expires in February next year.

While the United States wants to recast the agreement to include China and cover new types of weapons, Russia is willing to extend the agreement for five years without new conditions – and each side has repeatedly shot down the other’s proposal.

The agreement was signed in 2010 on top of hopes of a “reset” in relations between the two countries.

Together with the Treaty between the Intermediate Range of the Cold War (INF), it was considered a key element of international arms control.

However, the United States withdrew from the INF last year after accusing Moscow of violations.