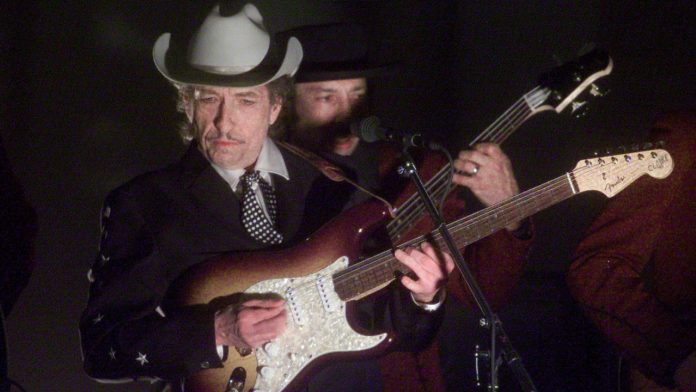 The catalog contains 600 songs, including “Blowin ‘In The Wind”, “The Times They Are a-Changin'”, “Knockin ‘On Heaven’s Door” and “Tangled Up In Blue”.

Dylan topped the Rolling Stone list of the 100 greatest songwriters of all time in 2015 and the song “Like A Rolling Stone” was named by the magazine as the best ever written.

Dylan was influenced by bluesman Robert Johnson and folk singer, songwriter Woody Guthrie, but added a lyrical depth to his music that eventually earned him the Nobel Prize for Literature in 2016. He was the first songwriter to receive the award.

Financial terms were not revealed on Monday, but the catalog may be the most appreciated in the music industry. Four years ago, when Michael Jackson’s property sold the remaining half of the shares it owned in the artist’s catalog, it fetched $ 750 million.

“Brilliant and moving, inspiring and beautiful, insightful and provocative, his songs are timeless – whether they were written more than half a century ago or yesterday,” said Sir Lucian Grainge, CEO of Universal Music Group, in a prepared statement.

Dylan’s songs have been recorded more than 6,000 times, by various artists from dozens of countries, cultures and music genres, including Jimi Hendrix’s version of “All Along The Watchtower.”

Joan Baez, Bryan Ferry and folk singer Odetta release tribute albums, but his influence can not be measured. Patti Smith, Adele and Sting contributed to an album honoring Dylan for his human rights in 2012.

The sale of Dylan’s musical catalog comes a few weeks after the singer-songwriter’s thoughts on anti-Semitism and unpublished lyrics were sold at auction for a total of $ 495,000.

Dylan first entered the public consciousness with the New York City Greenwich Village folk scene in the early 1960s. When he brought an electric guitar on stage in 1965, he divided the music community into what was then considered a radical departure for an artist.

Dylan then produced three back-to-back albums in just over a year that changed rock ‘n’ roll that decade and began with “Bringing It All Back Home.”